March 23, 2016
Yesterday afternoon found us at track practice.  This trip, the drama was centered around the playground, not the woods, thank goodness.

Big E was busy running his little booty off.

Little E was blissfully playing on the playground.

MOM! THAT GIRL SAID BAD THINGS TO ME!  SHE SAID SHE WAS GOING TO KICK ME IN THE HEAD!

Little E ran up to me and pointed to a girl a little older than him (from now on referred to as Mean Girl).  His bottom lip quivered.

I took at deep breath. What creature of Satan would pick on Little E?

If it were Big E, I wouldn't even bat an eyelash.  He probably did something to provoke it.  But Little E? Aw, hell no.  That kid sh*ts rainbows.  His morning breath smells of Cinnabon. He's perfect. 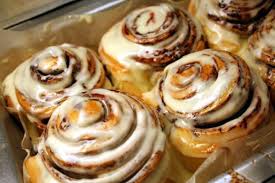 In my calmest voice, I told Little E that if she said anything else nasty to him, that he should look her in the eyes and tell her in a stern voice:

What I really wanted  Little E to tell her was that his mom was crazy and not afraid to cut a b*tch and she better move her mean self along. But I played it cool.

He seemed on board with the plan and ran back to play.

Less than a minute later, I heard a high pitched scream come from the playground.  It was Little E.  Mean Girl did say something else to him and he let her have it.  Not in the stern voice I recommended, it was more like an opera solo.

It shocked me and I asked him to lower his voice.  But I'm not going to lie, I was so proud of him. Little E got right up in Mean Girl's face and told her what was up. Hang gestures and all.

After that, I moved closer to the playground to monitor what was going on. Her mother was texting herself into oblivion and had no idea that her daughter was being a turd. I made eye contact with Mean Girl and without speaking, I told her to leave my sweet baby alone.  Or else.