March 17, 2016
Yesterday afternoon, Little E decided he wanted to sit out front on one of our landscape boulders and tell ghost stories.

I was assigned to go first. It's been about 25 years since I last told a scary story, with the exception of the one where the guy stole all of this season's Gucci bags from Saks, but I dug deep and pulled out a classic.

In the late 80s and early 90s, I attended a sleepaway camp in NC, Camp Pinewood.  I have so many fond memories that I will not bore you with.

Back in the 1960s, there was a terrible plane crash which resulted in the death of everyone on board. Rumor had it, you could still find wreckage on the camp grounds if you wanted to snoop around. I was cool with just hearing the story that evolved around the crash, I didn't need a visual.

Out of this crash, came the story of Peg Leg.  A ghost who lost his leg in the crash and had a Peg Leg (original, I know) that he dragged all around Pinewood creating mischief and scaring the sh*t out of pimply preteens.

So I start walking like I had a Peg Leg (which is not far off because I think I have a broken ankle) using my spookiest voice, but Little E was completely unfazed.

WHAT IS HIS LEG MADE OF?

IS IT SMOOTH OR ROUGH?

DOES HE SCRATCH UP YOUR FLOORS?

he better f*cking not

WHY IS HE MAD?

This kid asks way too many questions.  He basically highlighted all of the plot holes in my favorite camp story and made it the unscariest ghost story ever.  Thanks for ruining my childhood, pal. 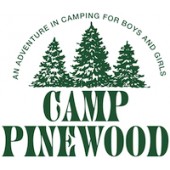 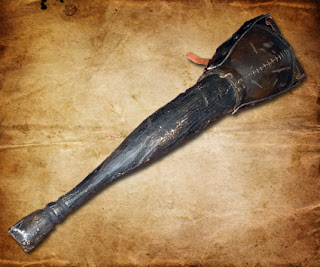