January 22, 2013
Saturday evening I met up with Mr. Yoy and the boys for a quick dinner at the Paces Ferry Willy's.

I was fresh off a visit to my friend's house so I could kidnap (err, get acquainted) with her brand new, beautiful baby girl.  The ache in my uterus was very real. After the tour of the nursery, I about lost my sh*t.

LET'S HAVE A BABY GIRL!

I enthusiastically announced my revised family plan over dinner.

Like an iceberg, Mr. Yoy sank my Titanic dream.

Once I snapped out of the newborn baby smell induced insanity, I noticed something very odd about Willy's.  This place was the epicenter of the Buckhead richy-rich private school social scene.

All the usual suspects were represented via sweatshirts and sports uniforms. Pace, Woodward, Westminster, Lovett - they were all there.  And they were intermingling.

I didn't know what to expect.  Maybe some sort of West Side Story gang violence from the overprivileged?

Mr. Yoy and I quickly picked up on the awkward attempted flirting that was hanging over our table like stale cigarette smoke.

Wow, this was actually really fun.  And since Mr. Yoy had run the kids wild at Piedmont Park, they were busy eating everything in sight.  And being quiet.  So we just sat back and watched.

We decided to run to Publix after dinner because we like punishment and thought it was a good idea to take both boys grocery shopping after 8pm.

As we loaded up the car with food, one of the Westminster girls was sitting outside of Willy's, chatting away on her cell phone.  She was completely oblivious to us old people, so we took the opportunity to fully eavesdrop.

YEAH, HE WAS HERE IN HIS LIKE WRESTLING UNIFORM.

WELL, HE LOST IN THE FINAL ROUND OF HIS TOURNAMENT.

HE IS GOING TO THE PARTY LATER.  YOU SHOULD COME, TOO, BUT DON'T PARK ON THE STREET BECAUSE IT IS GOING TO TOTALLY GET BUSTED.

At this point Mr. Yoy and I were stifling the giggles.  How badly I wanted to be 16 and stupid, again.  And then she said it.  And it stopped us in our tracks.

IT IS SO GOING TO HAPPEN TONIGHT.

She said it multiple times.

I wanted to think positive things that would happen, but only 16 year old bad ideas popped into my head.

From the looks of her, she seemed like a good kid and I wanted to follow her home and warn her parents, that whatever "IT" was, was going down later.

Her call ended and we sped up the loading process as we no longer needed to listen in.

Mr. Yoy began to walk away towards his car.

He circled back and motioned for me to roll down my window.

NOW AREN'T YOU GLAD WE DON'T HAVE DAUGHTERS?

And for the first time in a long time, I was able to shake myself free from the pink envy and agree. 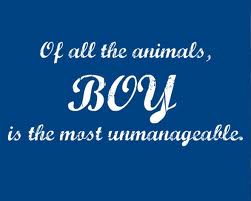