We drove 600 miles with the kids, the dog, and two grumpy parents.

Mr. Yoy actually wanted to wake the kids up on Thursday night around midnight and drive back then.  I immediately vetoed that idea, although the thought of two sleeping kids in the backseat was slightly intoxicating.

As much as I love my van, it does not have a DVD player built in.  So I bought a budget DVD  player which has been abused by the kids for the past two years. This week, it took it's final fall to the floor.  RIP DVD.

So that left the Yoys' Leap Pads to keep them quiet-ish in the car.

Except Big E hid (yes, he has starting burying things of value to him, like a dog) the rechargeable batteries at some point over night, and after ransacking my parents' house like we were executing a warrant on Law & Order, we gave up.

BIG E, WHERE DID YOU HIDE THE BATTERIES?

I guess he slept so hard, he forgot.  Location of batteries still unknown.

That left one usable Leap Pad which is akin to having zero.  See Cornucopia scene from the Hunger Games.

I am aware we could have purchased batteries, but as a punishment to Big E (and mostly Mr. Yoy and me) he lost the privilege of using it until the expensive rechargeable batteries were located.

So instead we talked, sang songs, danced, cried, ate, briefly napped and barely survived over those ten hours in the car.

Those contestants on Survivor have nothing on the Yoys. 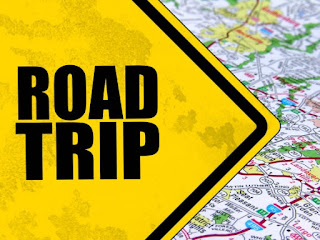 We will, hopefully, not be doing that drive again for a very long time.
mommy blog road trip