What is Fall Break you may wonder?

It's some bullsh*t break invented by the Atlanta Public School system.  My out-of-town friends and family couldn't believe that the boys went back to school in early August.  But they also don't have Fall Break.  Mostly because they reside in South Florida and don't have things like seasons.

My mom flew up on Thursday to help out with the Yoys.  Today we took them to the mall to kill some time before we had to drop Grandma off at the airport. (tears)

We spent three hours bumming around.  After lunch we decided to leave.

Big E had been nursing a Starbucks water for a few hours.  He dropped the straw on the food court floor and went to use it.  With all the nasty things going around, I asked him not to put it back in his cup and we got him a new straw.

Big E began whining about which escalator we were going to take to get down to the bottom floor.  Proof that our mall time had expired.

I turned around to see him running his new clean straw along the mall's hand railing.  For like twenty feet.

BIG E!  WE JUST GOT YOU A CLEAN STRAW.  YOU CAN'T USE IT NOW, YOU JUST RAN IT ALONG A HAND RAILING!

He began to whine.  He WANTED to use this dirty straw.

I was getting tired and my superb patience and parenting skills were waning.  I turned around and kept walking.

I yelled out in frustration to no one in particular.

A mom, walking at a much faster pace, was passing by right when I let out that snarky gem.

She kept walking for two more paces, stopped in her tracks, turned around, and started laughing.

Because she got it.

MY DAUGHTER WON'T KEEP HER FINGERS OUT OF HER MOUTH AND IT MAKES ME CRAZY.

We had a moment right there in the mall.  We exchanged a few war stories about our offsprings' affinity for eating germs and then she was on her way.

The sisterhood of motherhood, it's a beautiful thing. 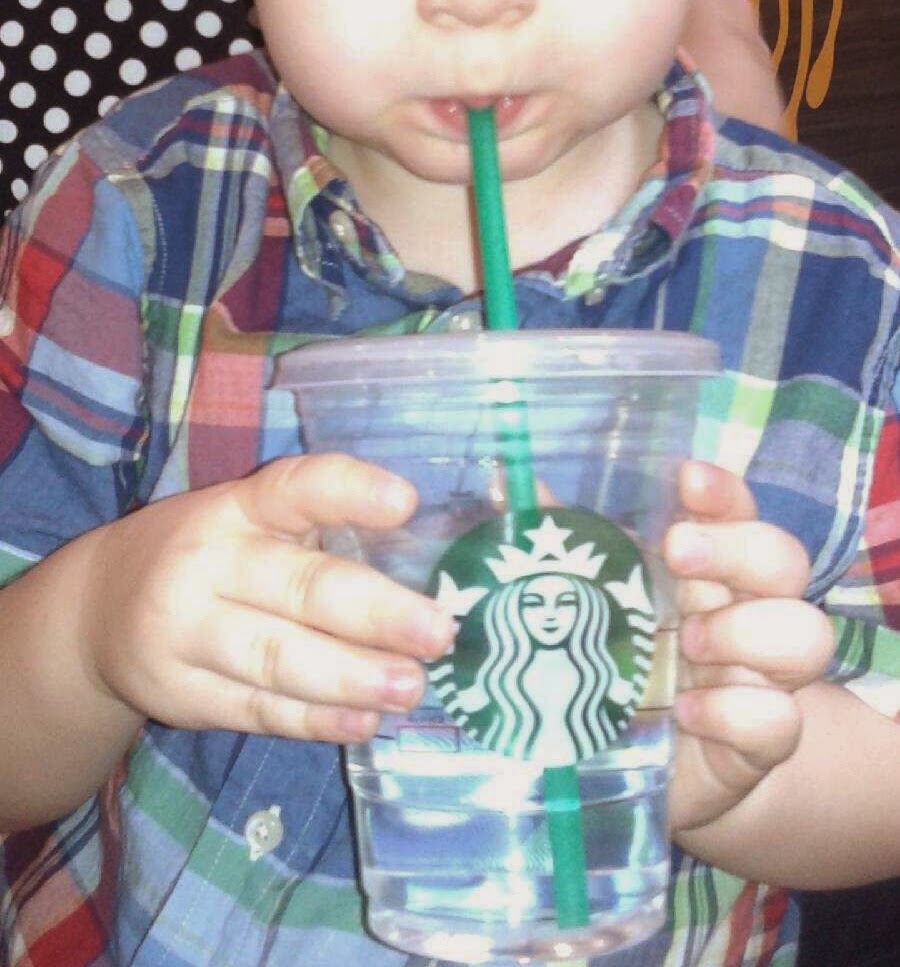