You Can Stand Under My Umbrella, Part 2

October 14, 2014
We are deep into the 2014-15 school year.  The boys have adjusted well to the routine, including riding the school bus.  This morning we had our first rainy bus stop wait of the school year.

I dressed the boys in their matching green rain coats.  Little E gave me some push back.  He wanted to wear a Thomas rain coat a friend had given us.  The problem is, Little E needs to grow about a foot before it actually fits him.

Big E has a little umbrella that came with his rain boots.  Otherwise, he would not have one.  I grew up in Florida.  It rained pretty much all the time.  Even when it wasn't raining, it was so humid that there was always a layer of moisture coating my skin.

Little E does not have an umbrella.  This is an integral fact in this story.  I brought my giant red umbrella to the bus stop for us to share.

This was not acceptable to Little E.  He began to whine and cry.

I WANT MY OWN UMBRELLA!

He wanted me to leave them alone at the bus stop and run to Target and pick him up an umbrella STAT.  He was relentless.  I cursed Mr. Yoy, who remained bundled up in bed, while I stood at the bus stop being assaulted by rain and our youngest son.

Big E was of zero help.  He wouldn't let Little E hold his umbrella.  He taunted him.  Little E's tantrum began to swell.

As the bus pulled up, Little E was in full-on, academy award winning crying mode.

Big E bounded up the steps to the bus, without his umbrella.  There is no way I'm sending that to school with him.  I can just see the sword fighting now.

Little E refused to board the bus.  I picked him up and he went limp noodle on me.  As I lifted him up to the bus, he hooked his feet under the bus.  Good lord.  I was not prepared for a morning battle.  I palmed his booty and assisted him up the stairs.

So many tears.  Big E grabbed Little E's hand and took him to their seat.

I turned and strode up the hill towards home. 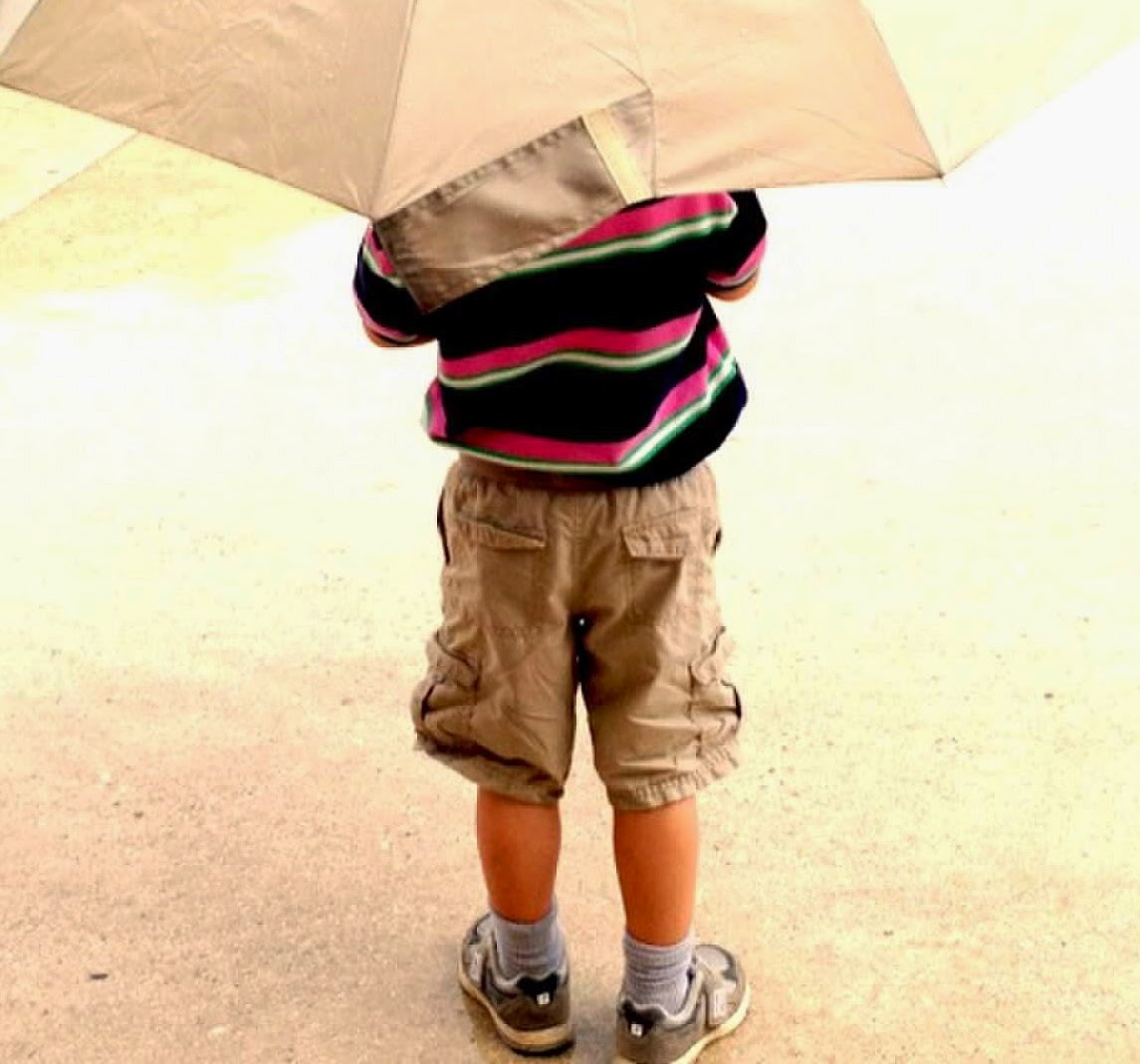