Mrs. Yoy: Too Tired to Conjure Up a Title

The boys went to bed around 7:30.  I followed suit a little before eleven.

Mr. Yoy got sucked into Netflix's House of Cards and I think he made it to bed sometime after midnight.

Big E came in at some point and asked Mr. Yoy to lay with him in his bed. I was just happy it wasn't me.

Big E returned to our room around 2:30 and wanted to get into our bed.  And this is where the night from hell began.

I cannot sleep in my bed with my offspring.  I know some of you love to cuddle up with your kids and happily sleep the night away.  I am not that mom.  I cannot relax if they are anywhere near me.  I don't want to hear Little E violently sucking his thumb in my ear.  I don't want to smell Big E's rank middle of the night breath.  I want to be left alone.  And once I've been wakened, it takes me at least an hour to fall back asleep.

I told him he was welcome to make a pillow bed on the floor next to me if he wanted to stay in our room.  Big E made a pillow boat.  Every available pillow in our home went down on the floor.  He made sure to speak in his absolute loudest voice.  We weren't at a rock concert, we were sleeping in our quiet home.

He finally settled in around three.  He wasn't sleeping.  He just wasn't shouting. He was whispering weird things to himself in the dark, which is another reason I don't like sharing a bed with him.  I don't need a refresher of the hebrew alphabet whispered violently into my ear all night.

At 3:30 I heard the soft footsteps of my other offspring.  He couldn't sleep and he wanted to get into bed with me.  Little E would not agree to a spot on Big E's pillow boat.  He slowly inched his way into bed.  Big E followed shortly after.  I moved over.  Mr. Yoy abandoned me in our bed with the Yoysers and went to sleep in Little E's bed.  His third different bed of the evening.

After another thirty minutes, I peeked over at them.  They were both wide-eyed, staring at the ceiling.  I rolled out of bed to use the bathroom.  I stepped onto Big E's pillow boat.  Why was the pillow boat wet?  Was it sinking?

Both boys proclaimed their innocence.  I really only suspected Little E because that kid will pee anywhere.  But it was my third child, Poodle Yoy.  She managed to unload on three different pillows and their tasteful pillowcases.  I wanted to shout out the F-word.  But I managed to only scream it internally.

I stripped the pillows and started a load of laundry.  Instead of returning to my bed, I snuck downstairs and laid down on the buttery leather couch.  Maybe this would be my sleep savior.

But it was not to be.  Little E sniffed me out and in his urgency to find me, ran into a doorknob.  Tears and more tears in the darkness.  He made it downstairs. Big E followed.

On went the playroom light.  It was now playtime.  At 4:15.  I gave up my dreams of a sleeper sofa and returned to my bed.  But not before I moved Mr. Yoy back into our room.

The next two hours were a blur.  Little E did try to go back to sleep for about six minutes, but he just couldn't.  The Yoysers played, fought, and ate for the remainder of the night.  We tried to lock them out, but Little E reported back to us every nine minutes about some horrible atrocity Big E was committing.  He was like a human snooze button.

We were too tired to care about the indiscretions happening directly below us.

Just keep it quiet, that's all we ask.

I didn't want to turn on the television in the middle of the night, because I didn't want to reward this insane behavior.  A little before seven, I finally caved.  They went downstairs and turned on Disney, Jr.

I finally dozed off a little after seven and slept until 9:30.

Today, I am a model of impatience.  I have snarled at my kids numerous times. And I'm too tired to feel badly about it.  Maybe tomorrow. 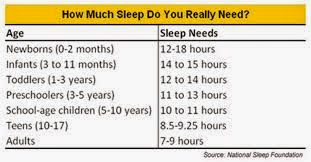 I'm pretty sure no one in my household met the required amount of sleep last night.