The Yoys: Lost, Then Found

They leave a trail of their sh*t wherever they go.  They'll never be able to run away from me.  As all I'll need to do is follow the trail composed of their one sock, trash wrapper, and Thomas the Train car.  Just call me Gretel.

At the large YMCA summer camp they are currently attending, this translates into them losing shoes (YES, BOTH OF THEM!), arriving home in someone else's clothes, losing swim goggles, and pool towels.

We are still living the nomadic lifestyle.  All of our earthly belongings are socked away in a few pods somewhere in the metro.  We have very little.  I ran to Walmart the night before camp started to buy four towels for the boys to take to camp.

As of Monday, day six of the Y camp, Little E had lost both of his towels.  And he has only had three days of swim.

More importantly, he left his goggles, which resulted in a 45 minute meltdown during a swim playdate with some friends.

Monday evening I dropped by the Y to see if I could find Little E's towels and the all-important goggles.

I had two giant bins of camp lost and found to go through.  I found some comfort in knowing my kids weren't the only ones who would lose their heads if they were not attached to their necks.

I found one towel. SCORE! I found another towel. FIST PUMP! And then in the depth of this bin, I found Little E's neon green goggles.

THIS NEVER HAPPENS, BY THE WAY.

I felt triumphant.  I wanted to run onto the nearby indoor basketball courts and high five all the guys playing basketball.

DO YOU UNDERSTAND HOW AMAZING THIS IS?

I ACTUALLY FOUND OUR STUFF IN THE LOST AND FOUND!

I composed myself and walked out of the Y. Head held high. Yoys in tow. Lecturing my kids on the importance of accounting for all their stuff. In one ear and out the next, I'm sure. 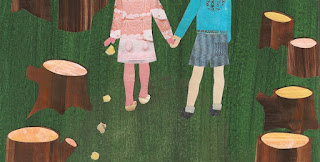