Mrs. Yoy and the Mold Dome

November 10, 2015
This is dedicated to Martha Stewart who makes everything kitchen related look super easy and enjoyable.

For those readers that are lucky enough to know me on a personal level, you know that I possess many talents.  I'm funny.  I'm a clever writer.  I'm tall.  I'm good at math.  I shower semi-regularly.

But there is one thing that I am not known for, and it's my kitchen prowess.  It's not that I don't try. But I'm always trying to make things healthy and that usually sabotages my baking efforts.

One of the two things I am able to bake without burning down the house, are corn muffins. They are a fall favorite for the boys.  I usually double the recipe and then funnel those suckers down my kids' throats everytime they eek out an "I'M HUNGRY!"

By about day four of the muffins, Big E has started grumbling.

He's basically morphed into a giant piece of cornbread.

But like any good mother, I'm still pushing those suckers.  There are on the clearance rack of my kitchen and I want them gone by the time next season's merchandise arrives.

I gave Big E one of the lingering muffins.  He began his complaining but I stopped listening around MOM, I DON'T...

He bit into the muffin and dramatically chewed away at the corny goodness.

Except he started gagging.

I chalked it up to him being so over the corn muffins.

I SPENT HOURS AND HOURS BAKING FOR YOU AND ALL YOU DO IS COMPLAIN ABOUT IT!  CHEW THAT LAST BITE AND BE DONE.

I went over to the remaining muffins and decided to freeze them.  Maybe my kids will be ready to eat them again by Thanksgiving.

With the gallon ziplock in one hand, I lifted the tupperware top to begin the muffin move. And that's when I saw it.

MOLD. ON ALL THE MUFFINS.

I forced my kid to eat mold.

I felt awful.  I just thought he was being dramatic, like the time I made him organic chicken nuggets from scratch and he complained because they weren't like the Chick-Fil-A ones. But he was being for real.  They probably did taste awful. But like any good, seasoned mom, I didn't tell him.  I didn't need to give him any more fuel for the therapy fire. 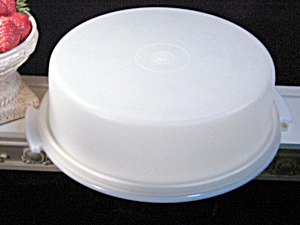 May it forever be known as the MOLD DOME.