The Ten Hour Road Trip: Have I lost my mind?

August 09, 2012
Yesterday, we returned from a six day jaunt up to the homeland of Mrs. Yoy and her wonderful, midwestern-valued family, St. Louis, Missouri (pronounced by the natives as Miz-zur-a).

Mr. Yoy won the lottery and did not have to ride 600 miles in the big red bus with me, the Yoys, and my folks. He instead got to work every day.  As a lawyer.  Doing lawyerly things that people make jokes about.

Initially, I debated driving versus flying.

I despise flying.  There are too many uncontrollable variables for me to feel comfortable.  Throw in one three hour delay and the whole day goes down the crapper.  I was not willing to risk it.  Big E would probably be ok, but Little E was terrible on our flight to and from my brother's wedding last July and I still break out in a sweat when I think about it.

I went with the lesser of two evils, driving 600 miles.  Had I seriously gone loco?

I have to admit, on the drive up, the kids were fantastic. There, I gave them a compliment.  Bookmark this blog entry, it doesn't happen that often.  My only gripe was that Little E absolutely refused to take his nap.  Car rides lull me into a coma.  How can this kid resist sleeping?  Even Big E napped and he'd rather be set on fire than nap.

On the way home, things didn't go as well.  Again, Little E opted out of a nap.  About two hours into our drive Big E began asking when we'd be in Atlanta.  Uh-oh.  This ride was going to be a b*tch.  I just had a feeling.  My dad asked (jokingly, I believe) if he could part ways with the big red bus once we reached Paducah.

There was a lot of whining, crying, mind changing, pooping, screaming, and wine-drinking (I wish).

But the worst was the microphone.

I can read your mind.

WHO IN THE HELL BRINGS A MICROPHONE ON A ROAD TRIP?

Apparently, we do.  We picked up some gifts for the boys from our family during our trip.  One of them was a toy microphone.  My family so enjoyed watching Big E's Facebook performances, that they felt compelled to buy him a microphone.  (If we aren't friends on FB, you are missing out on some seriously awesome covers of Nicki Minaj, Rebecca Black, The Wanted, Katy Perry, and Carly Rae Jepsen.)

I blame no one but myself for not packing that sucker deep in the suitcase.  Instead, it was passed back and forth between the boys and even used by my mom in row three so we could hear her when she spoke (that van is BIG).

I checked the map.  I'm pretty sure the Fiery Gizzard Road exit (TN) is fresh out of bagels and sushi.

DAMN US FOR MAKING BIG E A YUPPY!

I tried to talk Big E down to something more attainable.

HOW ABOUT SUBWAY? OR CRACKER BARREL?  OR MCDONALD'S (yuck)?

Big E agreed on Cracker Barrel and the impending dinner crisis was averted.

I'm glad to be back and I'm sorry it's been so long since I've written.

Also, if you are interested in the audio of Big E singing his restaurant choices, shoot me an email.  I've got it all on video. 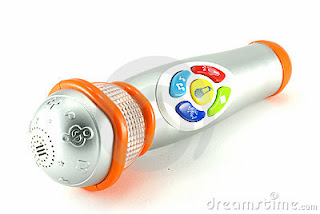