Big E: Time For Your Checkup! (As sung by Doc McStuffins)

To get Big E into the office, I swore up and down that there would be no shot action today (even though I had no basis for this allegation) and the heavens heard my prayers, as there were no shots.  I just high-fived myself.

Of course, things were off the chain because I'm 1) in public and 2) have both Yoysers.

Even with his brown-nosing, Dr. K still delivered the news that Big E only grew 1.5 inches this year and she'd prefer to see him grow between 2-2.25 inches/year. I'd like to say I'm surprised, but I'm not.  Genetics will eventually catch up with my kid.  While I am the jolly green giant, Mr. Yoy isn't.  And Big E won't be either.  He came in at 50% for height (41.5 inches) and 45% for weight (38lbs).  I know these stats are not that interesting to you, but I want to remember them when it is Little E's turn.

Dr. K had Big E strip down to his Scooby-Doo tighty whities.  Dr. K. examined Big E and I rattled off a bunch of questions I had concerning his insomnia.  Little E must have been feeling the neglect as he completely stripped down while we weren't watching.  There was a ton of Yoy a** happening in that small examining room.

As we giggled at Little E's sudden unexpected nudity, Big E felt he needed to switch the attention back to him.  He was seated on the examining table in his undies.  He pulled out his privates through the hole in his undies and grinned away.

BIG E, BUT YOUR PRIVATES BACK.  THEY ARE PRIVATE.

Dr. K put my son in his place.  And I was glad.  And also totally embarrassed.  I promise we are not barbarians.

Big E then pointed out the window and showed Dr. K which Buckhead building was Mr. Yoy's.

THAT'S WHERE MY DADDY LIVES!! (I clarified that while Mr. Yoy does, in fact, sleep in our home, he pretty much lives at the office.)

Next up on the check-up, some lifestyle questions.

1) BIG E, WHAT TYPES OF GREEN VEGETABLES DO YOU EAT?
My son, who never, ever, ever stops talking for a brief second blanks.  After what feels like ten minutes, he manages to blurt out edamame.  While it is green, and consumed in mass quantities here at the Yoys, I'm pretty sure it is a legume.  He made zero mention of the avocado, green beans, and broccoli I'm always shoving down his throat.  So there I am.  The mom that doesn't give her kids any green foods.  It's all sugar, all the time over here.

2) BIG E, ARE YOU DRINKING YOUR MILK?
While Little E is happiest suckling a cow, Big E has never had the taste for it. He is a water guy.  We are a juice-free household.  He proclaimed his hatred for the white stuff (bad), but let Dr. K know that he drinks tons of water (good).

3) BIG E, DO YOU KNOW YOUR ADDRESS?
Initially this was a big, fat nope.  But then he had a moment of clarity and remembered the name of our street.  I give him a 50/50 chance of finding his way back to us if he gets lost.  And I'm fine with that.

4) BIG E, DO YOU KNOW YOUR MOMMY AND DADDY'S TELEPHONE NUMBER?
Again, another nope.  He knows that Disney Junior is channel 272 and that mommy canceled it.  That's all the numbers he needs to know.

Dr. K had Big E hop on one foot and do some other quick movements and then it was almost over, except for my confession.

I DON'T THINK I'M EQUIPPED TO RAISE THIS CHILD.

She laughed.  I sort of laughed/but maybe also cried. 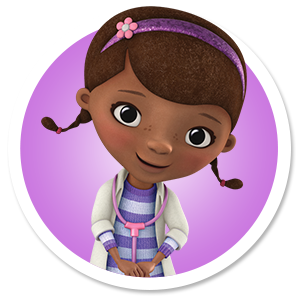