Today I'm celebrating 31 years since my Bat Mitzvah. Nothing says 80s Bat Mitzvah like the perfect combo of big hair, Tone Loc, and my grandma's Mah Jong group. I tried to dig up a picture, because my TWO dresses were nothing short of amazing.

The day begun with Big E refusing to do any schoolwork...yet. He did have a 9AM zoom call with his class, but after that strenuous screen time, he was burnt out. I was feeling frustrated by his unwillingness to participate in school, so we played a game of Wall Scrabble. He could work on his vocabulary and I could work on beating his a**. I play a LOT of Words with Friends. This kid didn't stand a chance. 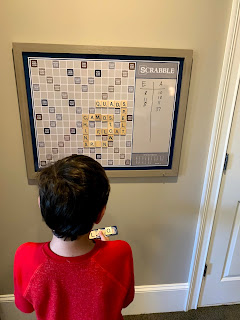 HOW I PASSIVE AGGRESSIVELY WORK OUT MY FRUSTRATION. HE ENDED UP QUITTING.

After my dominating performance, he was ready to do some math. And it was one of my favorites....GRAPHING COORDINATES. Nerd alert, I know, but I love this stuff. 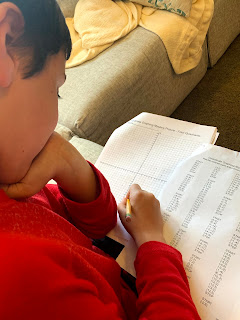 LOOK AT ALL THOSE COORDINATES TO GRAPH!

For lunch, Big E asked me to watch a video with him. He had already watched it for his weekly assignment, but he wanted me to see it. It was about all the Birmingham area African American school children, who in 1963,  were arrested (repeatedly), hosed, and beaten in their fight to have equal rights and desegregation in the South. Their crime...marching without a permit. The Birmingham police arrested thousands of young children...like five and six year olds! It was fascinating and amazing and heartbreaking.  We had a nice chat afterwards. Even young kids could be agents for change. We related it to Parkland and how the students from that school took action after their school was shot up. 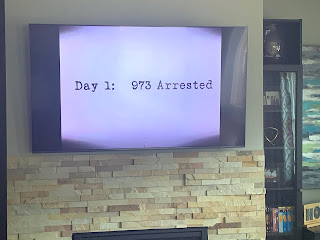 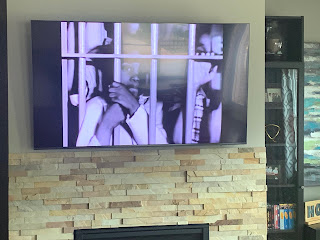 SOME OF THESE KIDS WERE LEFT IN JAIL FOR WEEKS! WHAT IN THE HELL?

After our civil rights history lesson, we went outside to enjoy this Spring Georgia day. We were able to observe all four seasons in about three hours. And also hurricane season. I did my best Jim Cantore impression as I walked/leaned into the wind. Big E fought a valiant nerf war.

The day ended with a bunch of black birds in my backyard. It was very comforting and not a bad omen at all about what tomorrow will bring. 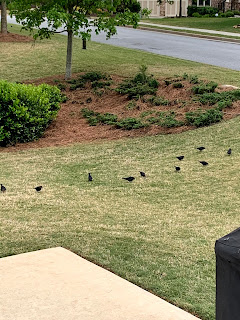 IT'S VERY ALFRED HITCHCOCK OUT THERE.