September 19, 2012
Monday and Tuesday were rarities in the Yoy house.  Because of Rosh Hashanah, Mr. Yoy was home with us all day and night.

In the morning, we went to our synagogue for services, but in the afternoon it was all Yoy, all the time.

This was a chance for Mr. Yoy to see how nice it was to be home for dinner, bed, and bath time on a week night.  I really should have had a pow wow with the boys on Monday morning to make sure we were all on the same page.

IF YOU GUYS ARE ON YOUR BEST, BEST, BESTEST BEHAVIOR, MAYBE DADDY WILL TRY AND BE HOME FOR BATH AND BED TIME ONCE OR TWICE (pushing it) A WEEK. LET'S MAKE US LOOK AWESOME!  GO TEAM!

Instead, the Yoys were bloody awful.

Right around the time the delivery guy arrived, the Yoys began their version of the Hunger Games.

Yes, it was a fight to the death.  There were no weapons involved, just old school screaming, crying, and grabbing.

Not only did the winner get to live, but they also received a numbers learning book which was the evening's must have toy.

After multiple interventions, we both gave up, like good parents do, and ate our pizza in silence.  Let me rephrase that.  We were silent, while our kids had reached a new high note on the musical scale.  A kitchen window shattered.

I noticed we were both smirking.  If you could translate Mr. Yoy's smirk it said:

I AM SO GLAD I AM NOT HOME EVERY NIGHT FOR THIS BLOOD BATH.

My smirk translated a little differently.

I USE SHOPPING AS THERAPY AND THIS IS WHY.  BE THANKFUL I'M NOT A DRUG ADDICT. 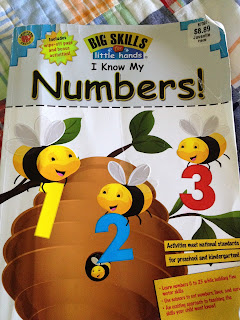 May the odds be ever in your favor!