March 16, 2014
Yesterday was Big E's introduction to the world of competitive sports.  He was very nervous about his first game.  In turn, I was very nervous because I knew this outing could be derailed at the drop of a hat.

We pulled up to the YMCA soccer fields.  It was a mecca of soccer parents.  So many minivans (mine included), folding chairs, cameras, and running children.  I tried to stifle a smile.  After years of hearing about soccer moms and dads, it was amazing to see it person.

We found Big E's field and his coach gathered them around for a little pep talk. Then they were off.  It was madness.  Just a bunch of four and five year olds huddled around a ball kicking the crap out of each other.

Big E retired about ten minutes into the game.

He fell to the ground in defeat.  Great.  Clearly my kid needs some more cardio training.  Or an eight hour energy drink.

Mr. Yoy was furious.  Big E begged us to sign him up and it was not cheap.

Mr. Yoy tried unsuccessfully to get Big E back on the field.

So we just ignored him and cheered on his team.  After a few minutes, Big E pulled a Michael Jordan and came out of retirement.  Back in he went.

Aside from some distractions, I mean, that tree was really cool and interesting, Big E did fine.  Let's face it, he's not going to be the next David Beckham, but maybe he could be the next producer of Bend It Like Beckham 2.

But here's the thing about Big E.  He's very competitive.  First he convinced me that they had actually won the game.  I finally agreed because I was over hearing about it.

And by the time our sitter arrived around 6:30, his team had crushed the other team 31-3.

The take-aways from today are as follows:

1) I need to teach Big E how to tell a believable lie.
2) Mr. Yoy is one of those screaming soccer dads.  I was shocked and also amused by this.
3) It's going to be a long eight weeks. 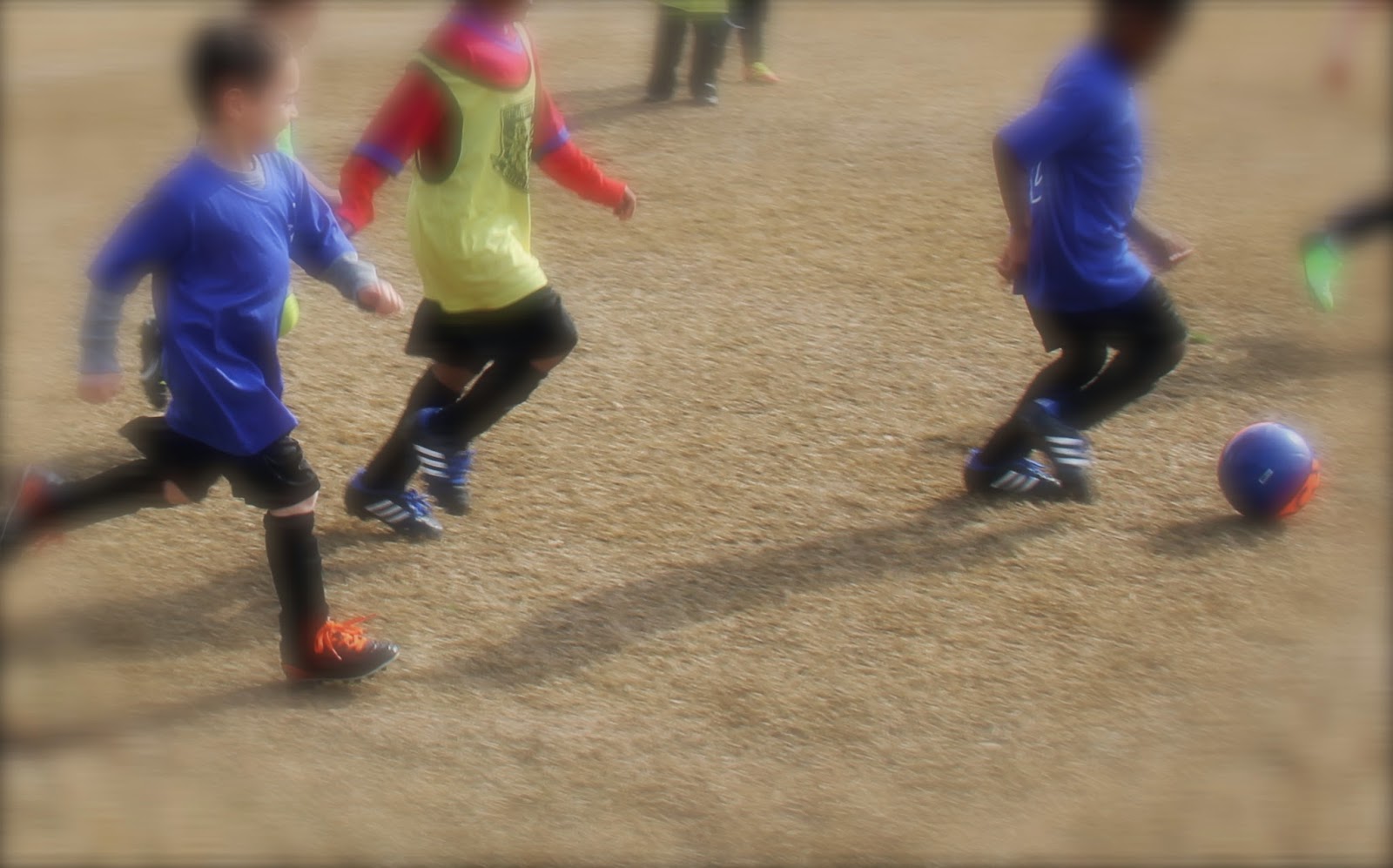