June 17, 2013
Big E and I just returned from our semi-annual trip to NYC.  We spent the weekend visiting Uncle D and Aunt J.

As in past visits, my brother and his wife bore witness to an epic Big E temper tantrum.  Scratch that.

My brother, his wife, and half of Manhattan bore witness to an epic Big E temper tantrum.

It started with a t-shirt at the Grand Central Station Transit Museum.  I picked out an E line shirt for Little E.  I asked Big E if he, too, wanted one.  (matchy-matchy!)

Big E emphatically declined.  I asked him the required forty-two times.  But he was certain.  It was a no on the shirt.  It saved me $18, so I was fine with it.

I paid for Little E's shirt and we were off.  As soon as I took my first step out of the museum and into the acoustically endowed Grand Central Station, Big E lost his mind.

His howls would have been loud in our modest home.  But in this vast train station, they were deafening.

Big E and I have been working on his constant indecisiveness.  It is maddening. If he makes the decision, then has to live with the consequence.  In this case, he wouldn't be the owner of a cool train shirt.

I was sporting a cute summer dress which Big E tried to lift up in his rager.  People in NYC see crazy sh*t on the streets daily, but even the New Yorkers were staring at us.  My frustration with him brought me to the verge of tears.

He was hysterical.  I tried to walk on hoping we would simmer down.  Yeah right.

Finally, Uncle D picked him up and carried him out of there.  It was either that or have someone from homeland security escort us out.

We walked from Grand Central to the New York Public Library with Big E crying/whining/screaming the whole way.  It came in waves.

We arrived at the library and Big E refused to go in.

I pleaded with Big E.  He cried.

I began to carry him up the ten thousand stairs towards the entry.

I'M GOING TO BE LOUD WHEN WE GET INSIDE.

Sweet.  Not only will I get to enter the library, but I'll also get arrested there.

Finally.  FINALLY. He calmed down enough to let me take him in.  We went to the children's library and read multiple books.  Big E didn't want to leave.  Unfortunately, he is too young to recognize the irony.

We coaxed him out of the children's room by promising him he could pick out a book in the store to keep at Uncle D and Aunt J's apartment for his visits.  Although I'm pretty sure we'll never get an invite back.

Big E had come back to us.  He was no longer Sybil.  Or Satan.

A little boy walked towards us wearing the train t-shirt that triggered the previous 90 minutes of hell.

I quickly escorted Big E to another area of the book store.  I wasn't about to open that Pandora's Box. 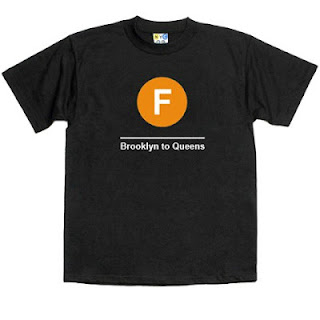 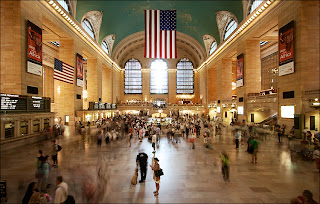 To bring this place to a standstill.
Big E NYC temper tantrums