June 30, 2013
On Friday, I left the Yoys with their dad and grandma, and took a trip to visit my bestie for the weekend.

As I (im)patiently waited at Atlanta airport for my delayed flight to depart, I dove into a fresh Sudoku puzzle book.  I had no kids to distract me.  I had nothing but time, according to the AirTran departure screen.

I love working on Sudoku puzzles.  As a math nerd, this is my crack rock.  I love the challenge.  The thinking.  The brain sweats.  I need it to stay sharp.

Halfway through my second puzzle, I found myself stuck.  Around this time, I felt a presence hovering over my left shoulder.  It was a curious young boy I guessed to be around nine.

WHAT ARE YOU DOING?

I then tried to explain how to complete a Sudoku puzzle to a child.  I can barely pronounce it, but now I'm going to explain it?  After my wordy and lengthy synopsis I looked over my shoulder at the young boy.

Crickets.  Blank stare.  Flat line.  I shrugged my shoulders and went back to my puzzle.

The boy continued to watch me struggle.

AREN'T THE ANSWERS IN THE BACK?  JUST LOOK IT UP!

I politely explained that while the answers were in the back, I was going to try and problem solve.

And that's when it hit me.

This is our country's next generation.  And they are a lazy bunch of cheaters.  His best solution to the Sudoku problem was to cheat his way through it.  Sigh.

Oh, and did I mention he was wearing a UGA hat?  No disrespect to Georgia's fine institution, I'm just saying that UGA should watch out, because in about nine more years they are going to have a lazy cheater headed their way. 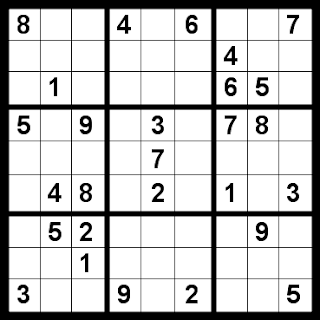