You Can Stand Under My Umbrella-ella-ella

He seems to be adjusting well.  No tears, no dragging his feet when it's time to go.  Heck, he even hugged every person left in his classroom goodbye this afternoon at pickup.  Including his teachers.

As I was preparing to pull my stuff together, including Little E, and leave to go pick up Big E, we had an incident.

I won't go into the gory deets, but it ended with Little E in the tub.

So I didn't hear the approaching storm.

I was in such a rush to get out the door, I didn't notice the rain until we backed out of the garage.

I delusionally reassured myself it would let up by the time we made the five minute drive to school.

I parked on the street and shut off the car.  I had about five minutes until I really had to get out and make the half a block walk to the school.

Little E is so patient.  And clearly he wants yet another bath.

The five minutes passed and the ran showed little sign of relenting.

The carpool line was out of control.  This is a non-issue for me as I must walk into the school and sign Big E out.  The school buses couldn't pull out because everyone from carpool was stopped in the street.

The rain continued.  It didn't care that it was only the second day of school and many people were still new to this gig.

I pulled out my golf umbrella and carefully balanced it on the top of the van as I unbuckled Little E.

I carried Little E in one arm and held the umbrella in the other.

The two minute walk into the building was treacherous.  I had to watch for trees, other parents' passing umbrellas, and flood waters.

Little E was still dry when we entered the school, my shoes were water logged.

Once Big E was signed out, we made the return trip to the car.  This time I had Big E and Little E hold hands while I tried to keep them covered.  It was futile.

And now it's practically sunny.

Thanks for nothing, weather. 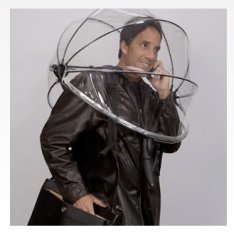 This would have come in handy.
mommy blog pre-k rain umbrella