September 03, 2013
This morning Big E awoke from his extended weekend.  He was groggy and grumpy.

I, on the other hand, was singing from the mountaintops a la Julie Andrews in The Sound Of Music.  My kids were returning to school.  I'm sure many of you had awesome Labor Day weekend plans.  Mine involved spending Sunday and Monday with them while Mr. Yoy worked.  It truly was a Labor Day.

MY STOMACH HURTS.  I DON'T FEEL GOOD.  I CAN'T GO TO SCHOOL.

Big E grasped at his stomach and even made a lame attempt at vomit.

After multiple questioning from both Mr. Yoy and I, we decided to keep him home.

Poor Big E.  He was ill.  My plan for him was to lay in bed all day.  He was going to rest up from whatever ailed him and be as good as new for tomorrow.

Around eight, Big E emerged from his bedroom.  Angels sang out.  He was a new man.  Completely healed.  It was a Rosh Hashanah miracle, I tell you!

I am a sympathetic mom, I promise.  When my kids are truly sick I am the best caregiver around.

Big E had come down with a case of the three-day-weekends-shouldn't-ever-end.

His "sick" day will be the most mundane day he has spent on the planet.  No television.  No Leap Pad.  No computer.  Nothing awesome.  I will make him rethink his fake illness strategy.  For. Ever.

First up, his Sunday School homework.

By eleven, he was begging me to drop him off at school.

WHY DIDN'T YOU WANT TO GO TO SCHOOL TODAY?

He thought about it for a minute.

I DIDN'T WANT TO HAVE TO NAP DURING REST TIME.

So there you go.  This has been a recurring topic in our home.  He is very happy in pre-k with the exception of the 60 minute rest time after lunch.

Let me summarize.  He subjected himself to a day of punishment because he didn't want to lay still for 60 minutes.  What I wouldn't give to have a mandated 60 minute rest every afternoon.

Only four hours until dinnertime.  It's going to be a L-O-N-G afternoon. 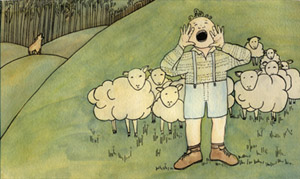