Candyland is for Suckers

September 03, 2013
As a family, we viewed zero television today.  Not one news report.  Not one fifteen minute episode of Fireman Sam.  Nothing.

Big E's punishment for lying about being sick was a full day unplugged.  I certainly wasn't going to make staying home sick fun for him.

But my stubbornness came with its own set of consequences.  The most dire of which, involved me.  I spent 12 straight hours in constant dialogue with Big E. Every facial expression or under my breath comment I made was then fully analyzed by Big E.  It was exhausting.

But my kids evolved.  They made up some crazy games which I will share with you.  Maybe you can teach them to your kids when they run out of things to do.

1) Yank My Chain.  The title IS catchy, isn't it?  This involved my kids launching themselves off Big E's bed in an effort to reach the chain that turns the fan light on and off.  Based on the thuds and substantial cheers that followed, my kids were masters at this game.  I peeked in once and evaluated the dangerousness of the situation.  I'm happy to report no injuries and the fan is still installed in the ceiling.

2) Prison Break.  One child would wiggle under my bed and the other would block the exit with all my decorative pillows.  After much screaming and pushing, one son would reappear from the under(bed)world sweaty and laughing.  Again, a weird choice, but it kept them busy for an hour.  That is an eternity in little boy time.

3) Treasure Hunt.  This was my least favorite as it involved me walking around the house while Big E indicated via clapping speed if I was getting close to the "treasure."  For the record, I don't consider a toy Seder plate and fake matzo a treasure.  To me it seems more of a choking hazard.  Double thumbs down for this game.

4) Cliff Hangers.  I watched in horror as Big E scaled the back of our leather sofa and hurled himself onto the buttery cushions below.  Climbing on furniture is always a NO-NO at the Yoysers, but it was 5:45 and I was barely conscious. Little E sensed I had let my mother guard down and took a header onto the hardwoods as his stumpy legs tried the impossible.

I have to admit, I am very impressed with my kids' creativity.  They played with zero of their traditional toys and still managed to keep busy with their imaginations.

And we all survived. 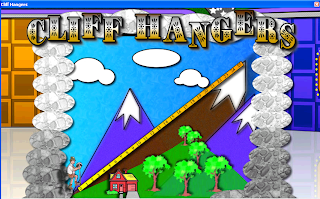