April 09, 2014
As usual, the Yoys have nothing mentionable planned for spring break.  We were going to fly down to my parents and hang for the week, but they decided to move and I wasn't going to get roped into that disaster.

So while many of our friends are doing awesome spring break stuff, the Yoys and I are doing errands.  Lots of them.

First up today was my Weight Watchers meeting.  Big E participated the most out of all the members there.

WHERE HAVE YOU SEEN THE MOST IMPROVEMENT OVER THE PAST MONTH?

Big E raised his hand.  I shot him death glances as I told him under no circumstance was he to talk during the meeting.  But a room full of new people was too overpowering.  He was born to perform.

Of course he is.  The room erupted into laughter and our meeting leader gave him a star sticker.  Please, don't feed the animals, lady.  He was so proud of himself.

WHAT DO YOU CONSUME THAT IS TRULY WORTH THE POINTS?

Someone threw out Krispy Kreme donuts.  My stomach lurched.  I saw Big E's eyes light up.  This time he raised his hand and walked right up to the meeting leader.

MY DADDY TAKES US TO KRISPY KREME ALL THE TIME!

Sweet.  Thanks for that, Mr. Yoy.  Now everyone thinks I'm the mom that allows her kids to eat troughs of donuts.  For the record, I've never driven the Yoys to the brand new Krispy Kreme mere minutes from my house.  Even if the smell is intoxicating.

Next stop Costco, where we spent 30 minutes picking out the most perfect learning book for Big E.  I just wanted toilet paper and some fruit, but there was no escaping the book aisle.

And finally, the mall.  We played, ate, went to the bathroom an insane number of times and picked out some summer shorts for Big E.  The boys kept crawling under/into all the clothing displays.  I repeatedly asked them to stay in sight, but they disregarded all safety instructions.

I BET YOUR BOYS ARE A GOOD TIME!

Maybe the sales lady was trying to be nice, but I translated that as follows:

YOUR CHILDREN ARE HORRIBLY BEHAVED SO PLEASE LEAVE THIS STORE IMMEDIATELY.

We hit up Planet Smoothie for some fruity goodness.

I handed Big E his small smoothie.  Little E's was still being made.

IS IT OK IF I GIVE THIS SMALL SMOOTHIE TO YOU IN A LARGE CUP?  WE ARE OUT OF THE SMALL CUPS.

Any normal, sane person would have no problem with this statement.  But I'm dealing with irrational terrorists.   I smiled and assured her it was fine, but my heart was pounding.  I nonchalantly handed Little E his giant smoothie cup.

HEY! HOW COME LITTLE E GOT A BIGGER SMOOTHIE?!

I had to take both smoothies, take off their lids and show the boys that the quantity was the same, only the container was bigger.  Big E was mildly satisfied by my presentation, but I could tell he didn't trust me 100%.  Like I would ever show favorites.  Ever.  I'm no rookie.

At this point, we'd been running around for four hours.  I was done.  They were done.  So we headed home.

Three days down.  Two to go. 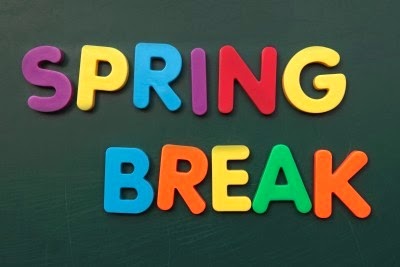