April 18, 2014
This week we observed Passover with our family in D-Wood.

I always have high expectations of Passover seder.  I have visions of my children sitting quietly, thoughtfully listening to their Grandpop tell the story of Passover while eagerly shoving matzo and gefilte fish and charoset into their mouths.

With four kids aged five and under we all know the ugly truth.  It is loads of screaming and yarmulke tossing and zero listening.

The only thing that brought the Yoys back to the table was when we began to talk about the prophet, Elijah.

For my non-jewish readers, Elijah visits every seder and drinks a big ol' glass of wine before departing for the next seder.  He's sort of like Santa.  Except instead of milk and cookies he gets wasted on cheap, sugary wine.

Part of the seder is opening the front door to let him in.  The kids were fascinated by this.  We were going to let some random into the house.  They watched anxiously at the window.

Nope.  Some guy walking his dog.

Isn't that a little girl?

Finally, we explained Elijah was invisible.

Now they were floored.

I watched in amusement/horror as my kids used Cousin Yoy's toys to construct a booby-trap at the front door.

STEP 1: OPEN THE DOOR FOR ELIJAH

STEP 4: LIVE FOREVER WITH A WINE HOG (no, thanks!)

I guess it's time to ease up on the Scooby-Doo episodes.  Not everything is a solvable mystery. 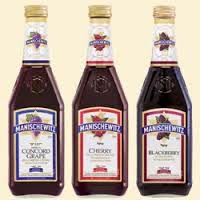 Bad wine is still wine and I'm not sharing.