April 20, 2014
Yesterday was a bittersweet day for the Yoys.

Mr. Yoy turned in the Sienna aka The Big Red Bus and came home with a Toyota Avalon.

My new car is beautiful, but there will definitely be an adjustment period.

THINGS I WILL DEARLY MISS ABOUT THE SIENNA:

1) Having a toilet in the back seat.  I know this screams unsanitary, but there has been many times when the Yoys had to go.  And not just a quick squirt in the bushes, like for reals.  I'd just click open the sliding door and their throne awaited.

2) Road tripping.  Sure the gas mileage was bad enough to make an environmentalist cry, but we fit everything in that sucker.  Bikes. Beds. Enough snacks to feed the Atlanta prison system.  That thing had mad space.  On our future endeavors we will need to be more selective.  Maybe only one of our children gets to go.  And definitely not the dog.  Her breath almost always relegated her to the third row.  Where will she go now?

3) Sliding Doors.  I would buy a sedan that had sliding doors.  Not having to maneuver your kid into the car seat while trying to keep your door from dinging the car next to you is priceless.  I'm already having anxiety about the boys kicking open their doors reminiscent of my Grandpa in the 1980s.  Yes. He did.

4) Satellite Radio.  I know.  This seems really lame, but I haven't listened to a commercial in three years.  This brought Big E to tears.  He declared he was done listening to radio until he got his Sirius radio back. (If this were a twitter entry, this is where I'd hashtag FIRSTWORLDPROBLEMS.)

THINGS I WILL NOT MISS DEARLY ABOUT THE SIENNA:

1)  Driving a car as big as a parade float.  I ran into so much sh*t.  Poles, cars, rocks.  Anything I could find to hit, I did.  Always in the same place, back right panel.  This solidified my decision not to be a public transit bus driver or a long distance trucker.  I'm sure my car insurance agent will pop the cork on some bubbly when I call her tomorrow to tell her the van is dunzo.

I fiercely fought for that van a few years back.  I loved it.  Until I realized I couldn't drive it.  Then I just lived in fear of parking garages, school pickups, and all Atlanta city streets that are technically four lanes, but in any other sane city would qualify as two. (I'm talking to you Peachtree!) 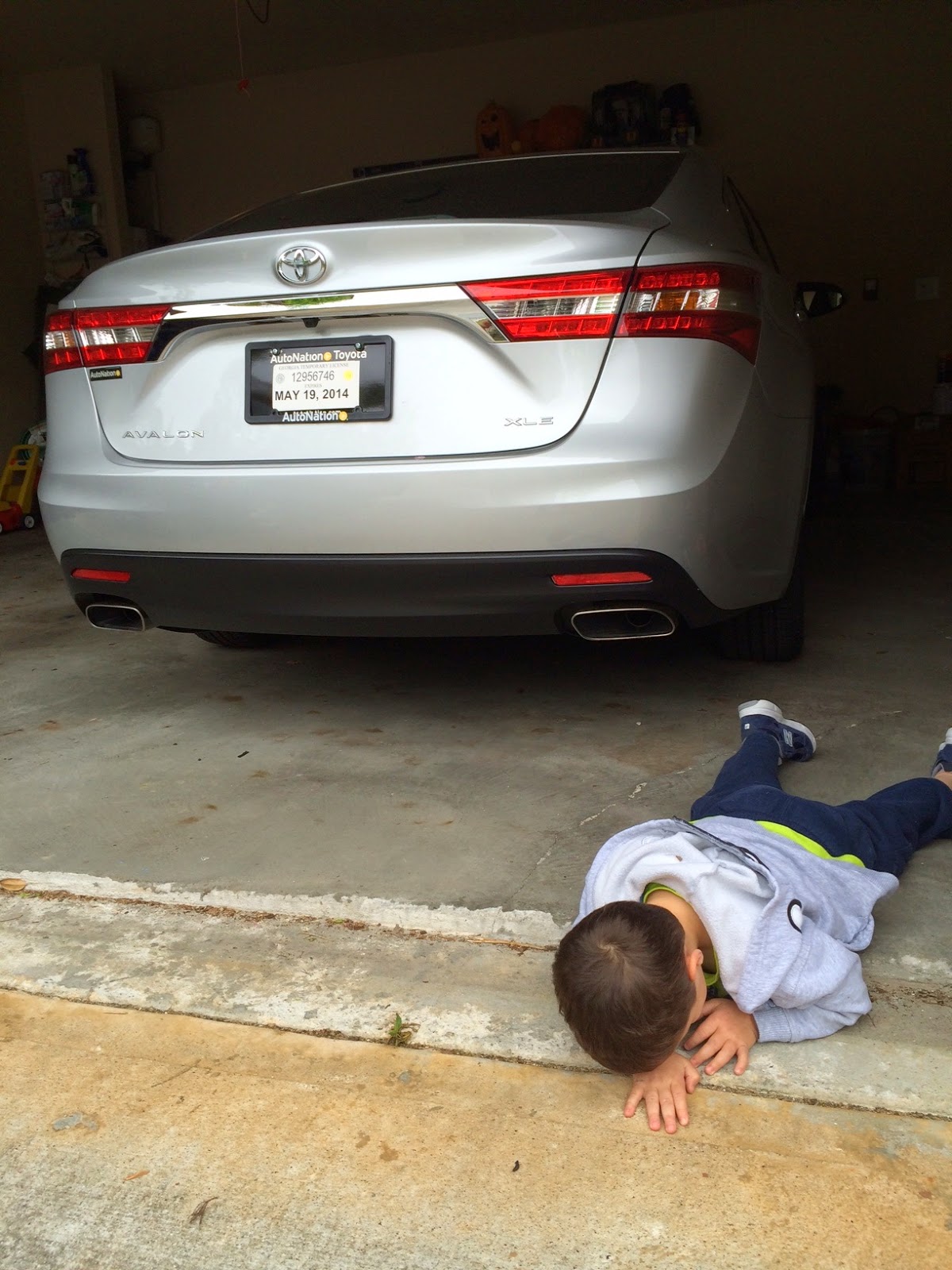 Big E full on cried when he came out and saw the van was gone.  It was epic.
Big E minivan mommy blog