February 21, 2012
Today I met a friend and the Yoys' former babysitter, for the sake of the story we will call her Ironwoman, for lunch at Zoe's.  The parking lot a little before 1pm was crazy busy.  I would have had better luck trying to find a parking spot on the street in NYC.  I ended up parking about two miles away.

Fortunately for us, we picked up Ironwoman while snaking up and down the rows, so she assisted in getting the Yoys into the restaurant.

We had a 40 minute time frame to eat, as Ironwoman had to get back to work for a meeting.

Lunch was delicious and both boys were very good, even if they did smear their bodies with egg salad.

As we left the restaurant, Ironwoman headed to her very close parking spot.  Internally, I was cursing her good luck. We parted ways.

Big E was running down the sidewalk, which is fine as he knows not to run into the street.  Little E was having a moment of independence and was drunkenly walking alongside me.  He would take no help from me.  We were moving at the speed of snail.  I had nowhere to be and was enjoying the window shopping.

Then I heard the words that strike fear into my heart.

Our nice stroll suddenly became an exercise in speed and maneuvering.

I grabbed Little E.  He screamed like I was a kidnapper. This may be useful in future situations.

I had the following items in my two arms:

1) An 80lb baby
2) An 80lb diaper bag
3) My drink from Zoe's
4) The book that Big E was carrying but could no longer hold now that he was concentrating on not crapping himself.  I, by the way, had to lean over with the above three items to grab the book that he dropped during his moment of BM realization.
5) The car keys

INSANE YOY WALKING!  I was yelling at Big E to hold up before we crossed the street to the parking lot.  My hair was in my face.  Little E was crying.  Big E was yelling about his poop.  My arms were aching.

People were walking by me, but pretending not to notice the distress in my voice.  In my eyes.

It came time to cross the street.  I had no free hands. But I had a free roaming three year old.

I told Big E to grab onto my coat and not let go.  Not for a second.

I took a deep breath and stepped off the curb.  Either we were going to make it to the car or I was going to drop everything in the middle of the street.  I was praying for the former.

We get to the big red bus, and I have to say again, I was so glad to have it.  I was able to press the sliding doors button without adjusting anything or anyone.  I yelled at Big E to get into the car.

Before I could even strap Little E in, Big E was sitting on his portable toilet taking the biggest man dump ever.

I get Little E into his car seat and walk around to the other side of the car.  Big E is standing in the door way, pants down, for all of the Peachtree Battle shopping center patrons to see.

I get him wiped, dressed, and buckled in his car seat.

I fished out a poo bag and removed all the nastiness from the car.  I looked around to make sure there were no judgy Buckhead mommies around and I dashed back across the street to throw the bag into the trash.  It was either that or drive home in a hot box.

I sat down in the car and I laughed/cried.  Why does this crazy sh*t keep happening to me?  I need to just lock myself in the house and be done with it.  I'll see you all in 2028 (when Little E leaves for college).

Then I called Ironwoman.  I could have really used an extra set of hands. 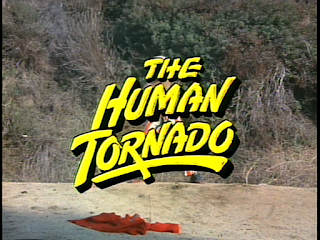 My new nickname.
pooping in car