I will ALWAYS win the battle of wills with my children, although they may be unaware of this fact.

Today at lunch, Big E did not like his designated seat.  And by seat, I mean a highchair.

But like I always say, containment is key and the Sushi place was pretty crowded today.  So he was going to sit in his highchair.

Big E had other plans and began crying and screaming and making a scene.

Like most mothers, when your child is screaming in a restaurant, it is amplified by 1000x.  You cringe to think your sweet baby is interrupting the meals of everyone within a five mile radius and in that moment, the screaming seems way louder than it is.

Big E was very loud today.  I'm pretty sure he smuggled a megaphone in under his shirt.

First I told him if he didn't sit in his highchair we were leaving.

I finally got him in the highchair.

Then he cried because he wanted to eat Little E's homemade lunch, instead of wait for his sushi.  Big E loves sushi.  I was shocked that he even cared about Little E's food, but I think at this point we were on the train to Tempertantrumville.  What a sh*tty ride!

I again, very calmly told Big E if he didn't stop screaming and crying we were going home.

He amped up the crying.

I grabbed both Yoys out of their highchairs and carried one Yoy in my arms and dragged the other out by his arm.

Big E wailed as we made our way down the aisle of tables out of the restaurant.  I'm sure everyone clapped once we were gone so that they could enjoy their meals in peace.

I couldn't even get Big E into his car seat, he was insane.

The owner of the restaurant came out to help try and calm Big E down and get him into the car.

I was at my wit's end.  I wasn't sure I wanted to even bring him home with me.

We finally made it home with Big E crying about how hungry he was.

At this point I was fuming mad at him.

I put Little E in his highchair and gave him the rest of his lunch.

I then walked away from Big E because I couldn't look at his tear stained face.  I was furious.  He had ruined my weekly girls lunch.  But I don't regret picking up and leaving.

then he'll never listen.  Or that he'll think public tantrums are acceptable and that I'm a pushover.  I am many things, but I am not a pushover.

I gave myself some time to cool off before I spoke to Big E.

I did find him eating raw pasta under our dining room table.  He clearly was desperate for some food.  I cracked a smile.

I brought him into the kitchen and asked him if understood why we left sushi and he did.  He apologized profusely.

I'll told him if he continued on his path of ignoring me, that I would be going to live with a new family that listens to their mommy.

We'll see if he lives up to his end of the bargain. 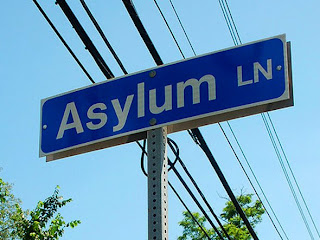