March 27, 2012
We shipped Little E off to school today so it was just me and Big E bumming around.

I wanted to run some errands, one of which included picking out an anniversary present for Mr. Yoy.

This Sunday will mark six years since the Gators beat George Mason and advanced to the championship game, I mean six glorious years since we were married.

I'm usually horrific about selecting presents, but Mr. Yoy has been dropping hints as large as an atomic bomb, so I figured I couldn't screw this up.

I did have one loose end.  His name was Big E.  And he gossips like a 13 year-old girl.

After a quick stop, I was in possession of Mr. Yoy's anniversary gift, with days to spare I might add.  I had this.

We picked Mr. Yoy up for lunch before we had to retrieve Little E from school.

Before the sliding doors of the big red bus could complete their smooth opening, Big E shouted out to Mr. Yoy.

WE GOT YOU A PRESENT!  IT HAS AN ALLIGATOR ON IT!

I turned around and shot lasers into Big E.

What a big mouth!  I even told him to keep it a secret, which in hindsight, was not my best move.

Mr. Yoy smirked.  LACOSTE!  Just last week he had shown me some shirts at Macy's he really liked.  They were full price and we are cheap, so it wasn't going to happen.  At least not then.

Mr. Yoy interviewed Big E to try and get the details.  I was mad.  Why doesn't this dang car come with an ejector seat?  I would launch both of them into oblivion!

I find solace in the fact that Mr. Yoy is W-R-O-N-G about his guess.

I'm putting this in writing for you all to see.  It isn't a LACOSTE shirt.

Check back next week for the answer to this riddle. 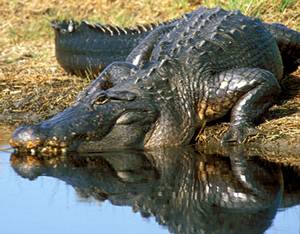 If Mr. Yoy keeps this up, I'm going to give him a real alligator and see how that turns out.
Big E present secret