The Secret Behind Overscheduling Your Child

April 22, 2013
T-Ball on Mondays.
Swim on Tuesdays.
Gymnastics on Wednesdays.
Karate on Thursdays.
Soccer on Fridays.

By the weekend, your child is a zombie version of his former self.

Why do parents continue to do this to their kids (and themselves)?

I often ask myself that question.  I roll my eyes at the moms that have their kids enrolled in every activity imaginable.

DON'T THEY KNOW THAT BECOMING A TWO SPORT PROFESSIONAL ATHLETE IS NEAR IMPOSSIBLE?

But as I watched Big E run wild around the house this evening before finally dropping dead (only after Mr. Yoy threatened to delete Fruit Ninja from his iPad) at 10PM did I have an epiphany.

I was quick to judge the overscheduling moms, but now I get it.

They are just trying to wear their children out so bedtime lasts approximately 15 minutes,  instead of tonight's running time of 150 minutes (and possibly counting...).

I'm off to troll the internet to look for every activity I can cram into a four-year-old's not busy enough schedule. 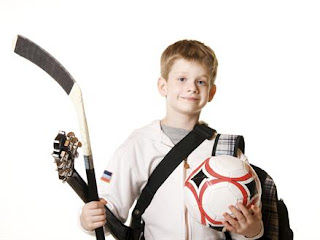