Moldy Hummus and a Sh*t Pile

You're intrigued, I know.

I picked up my nephew this afternoon and brought him back here to spend the night with us.

I spent approximately three hours alone with the boys before relief arrived in the form of our trusted babysitter, Miss L.

I always semi-jokingly try to convince Mr. Yoy to have another baby.  For the record, it ain't happening, but I'd like to say after spending the afternoon with the three boys, I'll NEVER bring it up again.

My nephew was an angel.  Little E was mad jealous.

As I was feeding Baby M, Little E performed a strip show which included his diaper.  I thought he was going to go on the toilet as he's been using it sporadically.

What I didn't know, was that Little E went into his playroom sprayed the pile of learning books with urine and then crouched down and took a deuce on the floor.  F*cking awesome, I know.  Except I didn't know he did that, because I didn't enter the playroom until much later.

After a hectic few hours, everyone except Big E, who continues to haunt the halls of our beloved home, was asleep.

I went downstairs to make a healthy salad, but was derailed by intense hunger and laziness.  I debated popping open a bottle of wine, but I was on an empty stomach and didn't want to pull a Reese Witherspoon (OUCH!  - too soon?).

Instead I opened a container of lemon hummus, flipped open my Glamour magazine, and dove into my dinner of carrots and hummus (an old pregnancy favorite).  The lemon definitely added a different dimension to my hummus.  It wasn't until I had done some major damage, did I see the pink mold spores blanketing the hummus.

I actually said that out loud to no one, but maybe Big E as he hides when he is supposed to be asleep.  It's possible he was in the pantry.

So now I sit and wait to see if I die of mold poisoning at some point tonight. 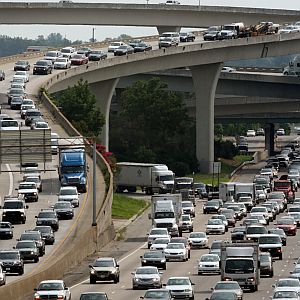 And I got stuck in 285 E traffic this morning.  All lanes shut down.  Today was epic.  Tomorrow HAS to be better!  Good night!