The boys were getting bubbly in the tub.  I had finished cleaning up for the cleaning people and was looking forward to a quiet evening of reading and watching The Mindy Project.

Sixty minutes isn't all that much time.  But it is just enough time to script a meaty blog entry.

I pulled the boys out of the tub shortly after I hung up with Mr. Yoy.  As I was diapering and dressing Little E.  Big E parked himself on the computer and put on his playlist.  After a few rounds of Doctor, Doctor, I heard Flo-Rida come on.  He clearly had switched playlists.

Whenever "Low" comes on the radio, Big E is immediately mesmerized.

MOM!  CAN YOU PUT THIS SONG ON MY PLAYLIST?

Look, I make a lot of subpar parenting decisions, but this was not going to be one of them. I put my foot down.

As Big E tried to argue the merits of adding Flo-Rida onto his playlist, I sat down at the computer.  Big E was standing up in the chair behind me, naked and dancing.

I closed out iTunes.

He put his hands around my neck and screamed for me to put Flo-Rida on his playlist.  I broke away from his crazy strong little kid grip, but not before I had the sensation that my throat was being crushed.

I was steaming mad.  I was frustrated.  I wanted to throw my naked son out the window.

I immediately scolded him for hurting me.  I told him to go into his room and calm down while I read Little E some books.

Big E translated that to mean coming into Little E's room and kicking all of his books around.

As I read 57 Sandra Boynton books about bedtime, Big E screamed and cried in my ear.

I, again, asked him to go in his room and calm down.  I was trying to take the high road here.  I didn't yell at him, which I thought was amazing.

After books in Little E's room, we moved onto teeth brushing.  Big E began to simmer down, but he was constantly whining.  Not a normal-toned word was spoken.  Big E protested everything I suggested.  He refused to wear the pajama bottoms that went with the top I picked out because he "likes dinosaurs AND airplanes!"

We all then read some books in Big E's room (which is our normal routine).

I put Little E to bed and came back to put Big E to bed.

I didn't even want to wish him a good night, he had been such a pill.

Good lord, I can't even say good night without some push back.

I walked out and shut the door. 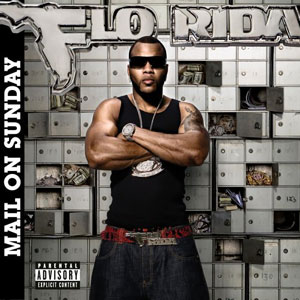 Look, I love anyone who can transform a state into a rap name by using a little punctuation, but Flo-Rida and I are in a major fight tonight.
Big E Flo-Rida itunes mommy blog playlist The Mindy Project