Mrs. Yoy: In Need of an Oil Change

July 29, 2013
For almost three weeks, I've had my mom to help me care for the Yoys.  She flew up to the ATL while Mr. Yoy was away for work and then she flew with me down to South Florida where I stayed with the boys until Mr. Yoy retrieved us this past weekend.

I'm not going to lie, I coast when she is around.  Most meals the boys ate during July were prepared by Grandma.  Which may explain why they ate gummy vitamins and sun chips for dinner tonight.  I forgot how to mom.

If I had it my way, I'd ease my way back into hard core parenting.  It's really difficult to go from one end of the spectrum to the other.  Thank goodness I have my sweet boys to keep me on my toes.

We hit up the Toyota service department this morning for an oil change.

Both Yoys brought their backpacks full of learning books and stickers and snacks to keep them quiet for the 30 minutes it takes to change the oil.  These kids were prepared.

I anxiously watched as the pot that is my children began to simmer and to boil.

By the time we reached the check-out window, they were reenacting the final scene from the Hunger Games.

Only one of those Yoysers was going to win the Toyota edition of the Hunger Games.  None of this let's both eat the berries, bullsh*t.  They were fighting to the death.

A woman in line next to me gave me a questionable glance.

THIS IS WHY MOTHERS EAT THEIR YOUNG.

I didn't say that, exactly, but I sure wanted to.

I could not control my kids and god knows I tried.  They caught me off guard.  I was on the easy listening channel and they were tuned into death metal.

As we loaded up, I informed Big E, who, as always, was instigating everything, that he had lost his afternoon movie time.  He proceeded to pinch me and try and rip off my cardigan.

Put that in your Sienna commercial, Toyota! 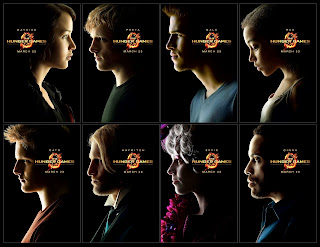