August 18, 2014
This morning I put the Yoys on the school bus for the first time.

Mr. Yoy usually drives the kids to school.  It is the only time he sees them during the school week.  But Mr. Yoy is out of town and so I planted the school bus seed with the boys last night.  And they were amped.

The problem is, the bus comes early.  7:09 to be precise.  The boys usually are ready to go around 7:30.  So we would lose 21 precious morning minutes.  These 21 morning minutes translate to hours in real people time.  There is peeing and dressing and teeth brushing and eating and packing that all need to be done in a short amount of time.  I'm usually sweating by the time Mr. Yoy backs the car out of the driveway.

This morning I popped out of bed when the alarm went off at 6:30.  I threw on my workout clothes and went in to wake Big E first.

I heard a few groans and he threw his pillow over his head.

IF YOU DON'T GET UP, YOU CAN'T TAKE THE BUS!

He peeked out from under the pillow.

ACTUALLY, I DON'T WANT TO RIDE THE BUS.  AND YOU AREN'T ALLOWED IN MY ROOM AGAIN.

I told him I'd drive him and since we were no longer on the clock, I left him, and his case of the Mondays, in there and went downstairs to get their lunches and backpacks ready.  I'd let Little E snooze for a few more minutes.

Big E jumped out of his bed and locked the door behind me.

Lord.  This is what having a teenager must feel like.

ACTUALLY, I WANT TO RIDE THE SCHOOL BUS.

I'm not really sure what happened over the next ten minutes, but we went from this: 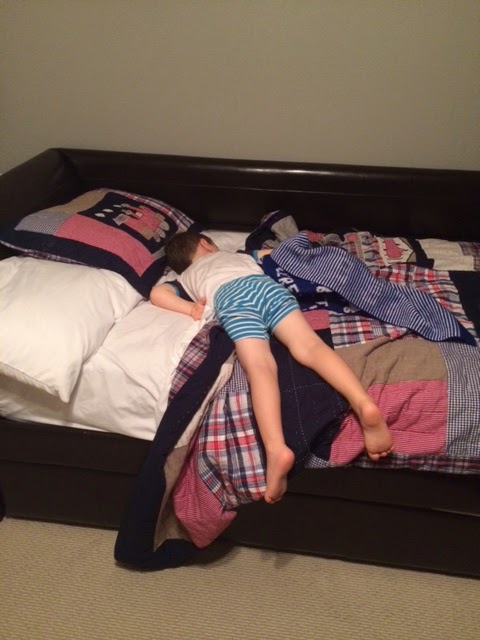 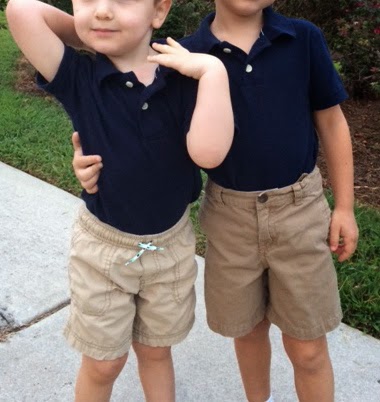 with two minutes to spare.  We even had time to wave to our neighbors that usually run the four-way stop by the school bus stop. 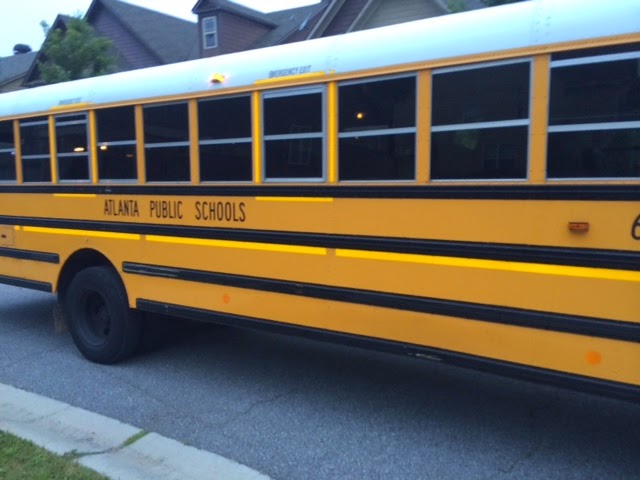 And with that, they were off! I just wish I had some sort of confirmation that they made it to school.
mommy blog school bus