September 04, 2014
The toy situation at my house was out of control.

We were long overdue for a toy purge.

This can be a very precarious process.

Do I let the boys help me pick out the things they want to give away?  We all KNOW how that ends.  With zero toys being removed from the giant toy sh*thole that mocks me as I relax on my buttery leather couch.

With the start of school I was finally given the time to sneakily go in there and remove things that the Yoys haven't touched in months.

I said good-bye to mega blocks, duplo blocks, one too many Chick-Fil-A toys, and a menacing Wreck-It Ralph doll.  I also earmarked some Geo Trax trains to be driven up to my brother's house when my parents roll through in a few weeks.

I was feeling cleansed.  Organized.  I dumped the toys into trash bags and labeled them for their final destinations.  I moved the black bags into my trunk.  Guilt crept into my thoughts.  But I shut that down fast.  It's not like I was dumping a dead body.  Just some old wooden puzzles.

For FOUR weeks I didn't hear a peep about any missing toys.  Victory was mine. And it was glorious.

MOM, WHERE ARE MY MEGA BLOCKS?

Do I play dumb?
Do I lie?
Do I drop the toy giveaway bomb on them?

In the end, I told them I gave them to Cousin Yoy as they had moved on to the big boy Legos.

Tears ensued, but I was able to distract him with the new Oriental Trading catalog. 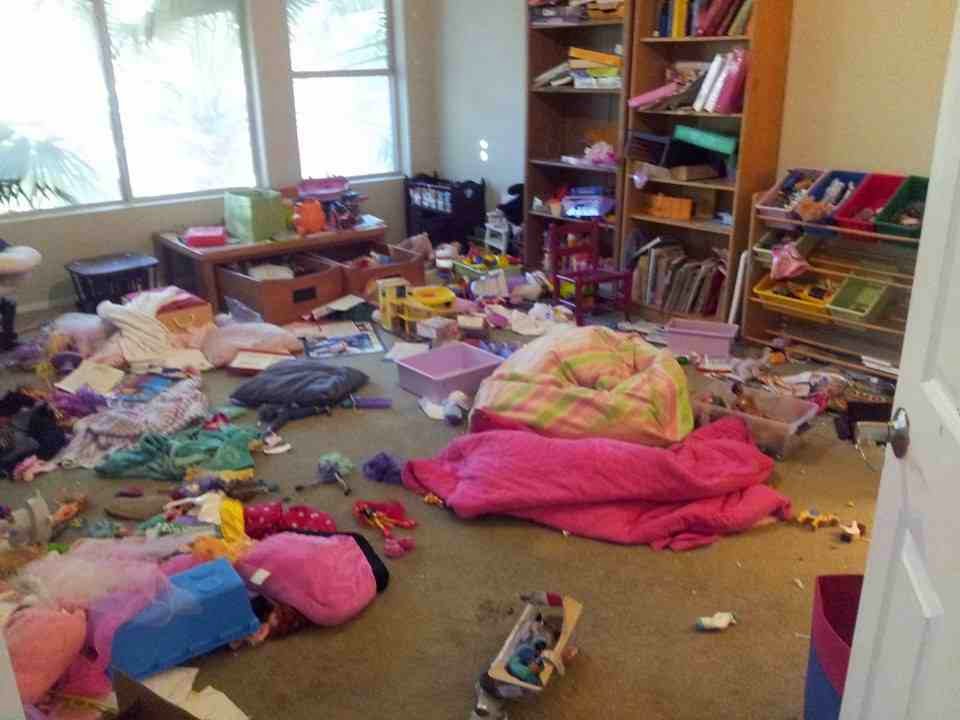 Not our actual playroom, but makes my skin crawl all the same.
Big E mommy blog toys