September 15, 2014
It began with escalating yelling from the playroom.  From my well-worn spot on the sofa, it sounded like Little E was repeatedly wrecking something Big E was building.  Typical annoying little brother stuff.

Before I could intervene, I heard one final yell and then a scream so high that all the neighborhood dogs were beckoned to my front door.

I ran to a hysterical Little E.

HE WAS RUINING MY BUILDING!  HE KEPT GRABBING THE BLOCKS.  I HIT HIM IN THE HEAD.

Big E spoke up.  His bottom lip was quivering.  He knew he was in the dog house.

For the record, Little E was having a rough week as I'd already tried to wipe off his face with a soccer ball.

I knelt down to try and soothe him. I couldn't tell where the point of impact was. Maybe his forehead? There was a smudge of blood.  Maybe Big E had cut him with the magnetic blocks.

It was only then did I notice the drip, drip, drip of blood onto my hardwoods.

WHERE IN THE HELL IS THAT COMING FROM?!

I bounded up the stairs to grab a wash cloth to put on Little E's gusher.

I found the cut in his hair, behind his ear.  It was a doozy.

I yelled something at Big E about how his brother would look like Freddy Krueger by the time they both left for college.  His once porcelain skin would be a road map of old fights and scars.

CAN I COME OVER TO SHOW YOU LITTLE E'S GUSHING HEAD WOUND?

Big E bolted to the car.  He was super pumped about this last minute play date.  I was so upset with him I could barely speak.

In five minutes, Nurse C was working her magic on Little E.  No stitches for him, thank goodness.  His tears subsided, especially after Nurse C handed him a frozen pop.

NURSE C, WILL YOU BE MY BEST FRIEND?

We returned home with Nurse C's $500 medical bill and instructions to not wash Little E's hair for a day.

I got to work on the trail of dried blood.  I scrubbed the floors until all evidence of bloodshed was gone.  I just hope no one goes all CSI on this place and sprays that sh*t and shines that light on the floor right outside the playroom.

IT LOOKS LIKE SOMEONE IS TRYING TO HIDE SOMETHING, DETECTIVE!

I sure am!  My ineptitude to raise peaceful, loving sons. 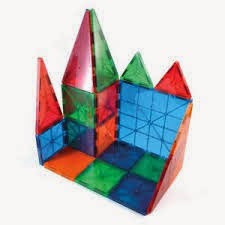