November 06, 2014
As I drove the Yoys home from a playdate last night, we drove by the Georgia Power plant.  It was letting off some serious steam.

MOM, WHY IS THERE SO MUCH SMOKE?

Since it is now illegal to type on your phone while driving, I was unable to google the sh*t out of this question.  I also do not get along with Siri, so she was out of the question.

My answer was followed by silence.  A long silence.  Maybe I had quenched his thirst for power plant knowledge.  This made me happy as I was entering uncharted territory.

Even though I've lived in the shadow of this power plant for eight plus years, I have no clue as to how that thing works.  As long as I can charge my phone and heat my food, I'm a happy girl.  For all I know the steam could be poisonous.  It probably is, I'm just too frightened to find out.

WHY DOES THE ELECTRICITY CAUSE STEAM?

Big E lobbed a big fat one in from the backseat.

I sighed.  I was too tired to bullish*t.

Again, he was silent.  Momentarily.

MOM, I THOUGHT YOU WERE GIFTED. 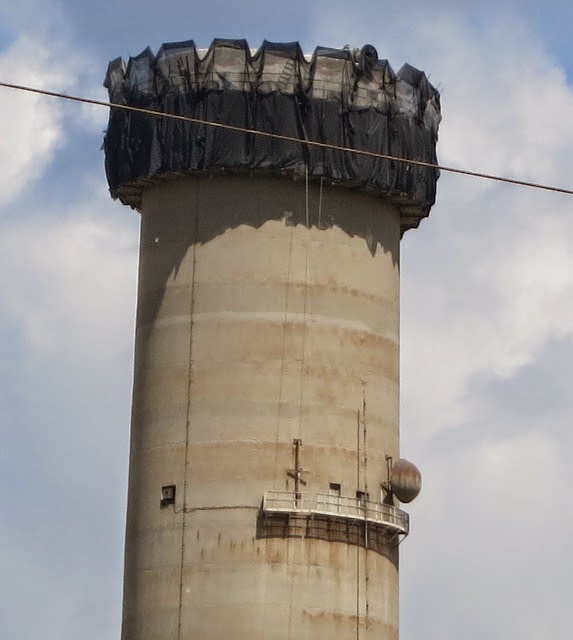 At least the stack came down last year.  Although now I have a hard time finding my house.
Big E gifted mommy blog power plant