Cashews: Not Our Best Idea

November 17, 2014
Yesterday afternoon we attended our second wedding of the weekend.

As we waited for the buffet to open, my children made it very clear they were both starving to death.  In the same reception room their own parents had celebrated their wedding, the fruits of said wedding were about to become rotten, fall off the tree, and perish.  Oh, the drama.

Dinner was served and Mr. Yoy and I knocked some people over in an effort to feed our starving children.  We grabbed what was quick and easy.

I threw some dollops of hummus and cut up pita on a plate.  Mr. Yoy grabbed a giant bowl of cashews from the soup station.

Little E happily chowed down on the cashews.  Big E was more apprehensive.

AREN'T I ALLERGIC TO CASHEWS?

I thought about it.  His one food reaction has been to walnuts.  All other nuts he has eaten with no issues.  But has he eaten cashews?  I couldn't recall.

EAT THEM, IT'S FINE.

Mostly because his whining had sent me over the edge and I could no longer listen to it and also properly parent.

Within minutes, Big E complained that his tongue felt weird.  He used the napkins to rub his tongue.  I looked, but couldn't see anything.  His face was pretty chapped from spending Saturday evening at an outdoor farm wedding, so I couldn't decipher if he had hives or dry skin.

Big E settled down after a few minutes, but he did turn down dessert.  Then he complained about his belly.  We decided now was a good time to head home.

As we loaded up into Mr. Yoy's brand new car, I prayed to the vomit gods to be kind.

We pulled over somewhere off Bohler and Big E yacked his brains out.  And then he was fine. 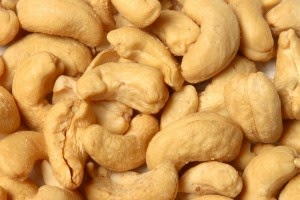