Are You There Vicodin? It's Me, Mrs. Yoy.

November 18, 2014
The bus comes at 7:09AM.  It's early.  And mornings can be rushed and stressful. And by can be, I mean they consist of 30 minutes of me gently urging my offspring to hurry up.  A snail's pace will not cut the time deadline looming upon us.

This morning was especially rushed, as the wind chill is 21 degrees and I needed to put three shirts, a sweatshirt, a puffy jacket, and a hat on each of the boys.  I am from Florida AND I am jewish, so of course I'm going to completely overreact to the latest cold snap.

The boys were in their playroom picking out which books to bring on the bus and to school.  Because why waste the 14 minutes they are on the bus looking out the window?  Learn. Learn. Learn, slackers.

I was in the front hall.  Putting on two hats, my gloves, long underwear, and hanging a portable heater around my neck.  And then I heard the idling.

I pushed up the four sweatshirts I was donning to check the time on my watch: 7:07.  If that's the bus, she's early.

I yell out.  Except I'm at the end of a week-long cold and have zero voice.  Like nothing.  I might as well be mouthing to her.

Obviously, she doesn't hear me.  I wave her down.  The boys do hear my squeaks and go running out the front door.

I tell Little E to hurry.  His little legs try their best, but his speed is consistent with that of a broken down car.

Big E flies out of the house.  Except he left his back pack.  So now I'm running down the hill after him.  Which would be fine.  I'm all for exercising.  But I threw my back out on Friday lifting weights at CrossFit.  I've been popping Advil and icing/heating my back ever since.  It's no better and my sprinting down hill causes flashes of hot pain to radiate up my spine.  With every Ugg boot I plant on the sidewalk, I curse under my breath.

But my kids made the bus.  With all their sh*t in tow.

Now I'm back to bed to dream of narcotics and their numbing effect on my lower back. 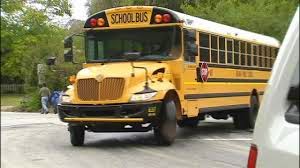