May 28, 2012
Saturday we attended a birthday pool party at Iron Yoy's beautiful Riverside Drive mansion.  The party was for Iron Yoy's three year old niece.  Let's get some technical terms out of the way here.

Iron Yoy is our old babysitter/good friend who competes in Iron Man competitions like they are 5ks.  She has done two, which is the same number of 5ks Mrs. Yoy has "run".

While Iron Yoy lives in a mansion, she does not own it. She rents out a room there from some rich lady, who was home during the party.  Apparently, rich lady does not love guests and/or children as she was scowling every time I caught a glimpse of her.

The Yoys are not accustomed to nice things.  We live in a very modest house and for the most part steer clear of expensive things.  With a 1 and 3 year old patrolling our pad, we know that anything nice is destined to be destroyed.  Why risk the heartache?

So here we were, high rolling in the infinity pool.  I was in the water with Big E.  Mr. Yoy was tasked with keeping Little E under control.  Little E hates the pool.  But he loves, loves, loves his mommy.  So most of the party he roamed around whining MAMA, MAMA!  He would calm down, only to start crying again once he caught a glimpse of me frolicking in the water.

Little E was in a dumping mood.  He dumped out a small box of grape nerds onto the beautiful stone floor.  I guess this is a step up from when he tried to ingest the entire box.  But he was quiet and he spent the next thirty minutes diligently picking up the nerds one by one and eating them.

YES, MY KID EATS OFF THE FLOOR. SO WHAT?

After Little E's mission was complete, he was a hot mess. His face was a perfect combo of dirt, sunscreen, sweat, and purple candy.

He walked around haunting the other party guests.

Little E moved on to a bag of Fritos.  They were at his eye level, so it was inevitable that the chips would be his next food target.  Mr. Yoy asked if Little E could eat them.  At this point, I just wanted him to be quiet, so I agreed.

Little E sat down on a step and dumped the whole bag out on the ground.  He smiled at me and then dug in. Rich lady made an ill-timed visit out to the pool.

WHY IN THE HELL IS THAT BABY EATING CHIPS OFF MY SUPER EXPENSIVE STONE FLOORING?  WHERE ARE HIS PARENTS?

If she spoke to me, this is what she would have said.

Dinner was served next, but in true Yoy fashion, the boys wouldn't touch the delicious grilled chicken and salad. Tears.  Both of them.  It's like I was asking them to eat toxic waste.

Thank goodness for Iron Yoy.  She used her magic powers (birthday cake bribery) to get Big E to eat a few bites of chicken and pasta.

Finally, it was cake time.  The Yoys had been waiting their whole lives for this moment.  I gave them each an adorable lady bug cupcake.  It was chocolate and delicious.

Both boys sat down right on the ground under the table and inhaled the cupcakes like they've never eaten sugar before.  It was like watching a competitive eating contest. Look, I'm all about fast eating, but this is dessert.  You need to savor.

I glanced at the ground.  It was a graveyard of chocolate crumbs.

Little E jumped up and reached for another cupcake.

Little E broke out in his 47th crying fit of the afternoon.

Since my kids had thoroughly trashed the place, I felt it was time to slink out.

Clearly the Yoys and mansions don't mix.  It's like drinking and driving or driving and texting. 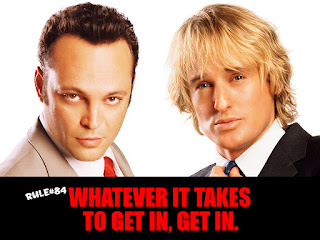