June 26, 2011
Tonight we grabbed an early dinner with Uncle Yoy and Cousin Yoy.  As we paid up our bill, we asked Big E when he would see Uncle Yoy again.  This is our tricky way to get him to sing "Tomorrow" from the musical Annie.

On cue, he started singing.  At first he was Shy Ronnie, but his confidence grew as he realized the whole table was captivated by his performance along with our server and a few other servers watching him from across the empty room.

Little E was giggling as anything Big E does is hilarious to him.  By round five of "Tomorrow," Big E had quite the audience.  Everyone within earshot was laughing and smiling, including all of us Yoys.  It was amazing.  He was so proud of himself.

Our server asked us if we had just watched Annie.

Why would she even ask that? 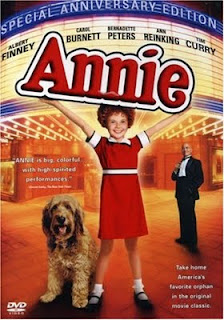