Little E: My own He-Man

December 12, 2011
We had almost made it upstairs for the night.  I had cleaned up the kitchen and straightened up the playroom so I wouldn't have to come downstairs in the morning and look at the Yoy destruction.  The alarm was activated and the Yoys were on lock down.

Little E had wandered into his playroom and was not playing with one of the tens of thousands of toys in there, but instead, he was playing with the door.  He had removed the door stop and was just opening and closing the door.  Boy was that funny. (insert dash of sarcasm)

Big E was in the middle of feverishly creating a new drawing on his art easel.  I was snapping pictures with my phone to send to Mr. Yoy.

Little E shrieked in excitement and slammed the door to the playroom.  Hard.

It triggered our sensitive glass breaking sensor in that room.  Instantly, the alarm went off.  This thing is deafening.  I jumped up, and ran to turn the alarm off.

I ran back to the playroom and opened the door.  Little E sat on the floor screaming and crying.

For real?  You guys know better than to pull this sort of stuff at the end of the day.  I am not on my A game right now.

Great, now I have to explain to my alarm company that I lose all ability to parent after 5pm.

YOUR GLASS BREAKING SENSOR HAS BEEN ACTIVATED. WOULD YOU LIKE US TO SEND THE POLICE?

Ha, funny story.  My one year old set it off with his amazing, superhuman strength.  He was playing with the door, you know how babies are.  He slammed it shut.  You see, he's the strongest kid I know, yet he is unable to walk.  Long story, anyway, we are fine.

Why am I acting like I did something wrong, by the way?

I gave it to her and we were all set.  I'm sure she was rolling her eyes as I rattled off our sad story.

Note to self:  leave alarm OFF if anyone is in the playroom. 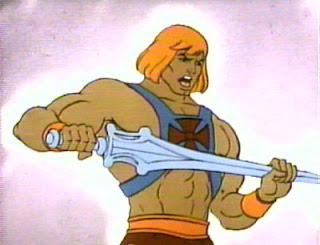 Little E in 20 years.  Except he probably won't be a blondie.
alarm Little E's size