He waited until the last possible second to walk.  I had halfway dialed the physical therapist's number when he finally stood up and nakedly sashayed his way across Big E's bedroom.

Same for talking.  It has been caveman city here for quite some time.

Only in the past month or so has he begun stringing together words to form ideas.

It can be quite frustrating as he is trying his darnedest to tell me something and I am just repeating back nonsense to him.

It occurred to me this evening as I was deciphering him, that conversing with Little E is like vacationing in a non-English speaking country.

I just keep repeating what I think he is saying louder and louder.  Because that is what I did in France.  I could have a megaphone hooked up to an amplifier and Little E and I still wouldn't understand each other.

His response is usually a lot of NOs which progresses to a high pitch scream.  Also, like the French people.

I'm hoping this is a short lived phase and we can graduate on to my favorite phase, the why phase. 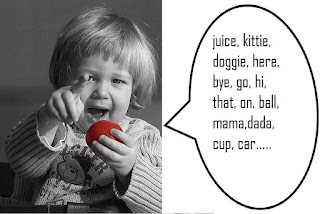 Our daily discussion topics.  I think.