July 24, 2011
Yeah, yeah, I've seen Ice Road Truckers and Deadliest Catch, but I'd like to propose a new entry onto the most dangerous jobs list.

The catalyst to this blog occurred this evening during the bath.  Little E received a bathtub basketball hoop and ball set for his birthday.

This brings me to job hazard number one for little brothers.  What's theirs is also their big brothers, although this theory is not reciprocated.  Any objection to this law on the little brother's part results in an immediate backlash from big brother.

Anyway, back to my story.  The Yoys were enthusiastically shooting hoops.  Big E became a little too enthusiastic, grabbed a giant bathtub boat and hurled it up to the hoop.  Even if Big E's shot was right on the money, it wasn't going to fit through the hoop netting.  There was only one place for this giant, plastic boat to land.  If you guessed Little E's still developing skull, you would be correct.

Instant tears and screams followed.  I grabbed Little E, wrapped him in his towel, and tried to soothe him.  Big E managed an insincere "I'm sorry."

This brings me to little brother job hazard number two.  Big E will always be 20 months older, and therefore bigger and able to enforce his will on Little E.

For the most part, Little E has been pretty easy going about the whole thing.  His induction into little brotherhood has included, but I'm sure will not be limited to:

Little brother job hazard number three really hits home for me: hand-me-down clothes.  I know this doesn't seem like a big deal, but Little E rarely gets a new shirt.  He gets whatever Big E has outgrown. As a lover of shopping and new clothes, I feel like this is a travesty.

In closing, I know Little E isn't navigating 18 wheelers on frozen mountain roads, but he definitely gets his lumps.  He is always on red alert, always scanning the room.  Watching and waiting for the next ambush. 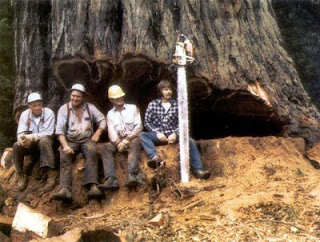