I didn't have a chance to write over the weekend, as I was attempting to complete my homeschool assignment. Binging 30 episodes of Ozark, or as Mr. Yoy calls it, a documentary about my family.

I did check out from the Ozark binge for about an hour to oversee my children's Sunday school Zoom call. It was a passover scavenger hunt. Their teacher asked them to find items for our upcoming seder and talk about them. When it came time to discuss the plagues, the Yoysers were all over it. We have these adorable finger puppets. There are ten plagues, so I figured they could share them, as they were each on their own computer in different rooms. I was dead wrong. They started fighting and screaming, not on MUTE, which should also be one of the plague amendments, having a physical altercation for all to see and hear on a Zoom call. 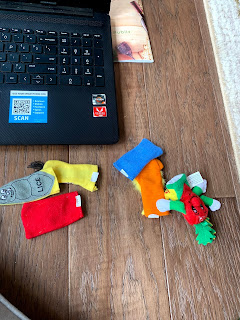 STOP BEING A BUTTHOLE! - BIG E TO LITTLE E

And with that pubic display of brotherly love, I unscrewed the cap on the ol' Manischewitz and filled up my Cyclebar water bottle to the brim. And then muted their potty mouths.

After the call, and many sips of my Jewish juice, I gave Big E a graphic novel trilogy that I thought he would enjoy. He seemed concerned that I kept buying him books to read, but the library is closed and I'm trying to keep him engaged. 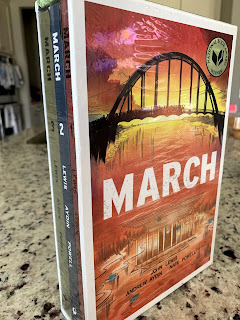 He played it cool, but I found him reading the first book later that day.

This morning was our official first day of nothing to do. Spring break. We started the morning off by watching a video from the Breman Museum, Bearing Witness. I figured both me and my children could use some perspective. Mr. Friedman went through hell and came out the other side. I can stay home with my children (and try not to complain about them, except here). 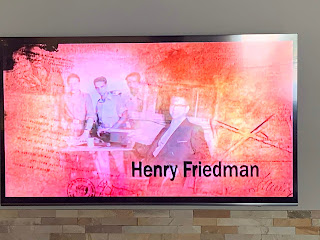 Next we checked in on our garden. We have no idea what happens now. Do we move them into the ground? Do we leave them here? For now, we are just watching them grow. We are like Joe Exotic. We bought all these babies and don't know what to do now that they've outgrown their cages. 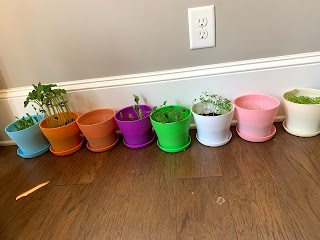 Our string beans (second from the left) are the Mrs. Yoy of these plants, a good foot taller than the rest.

This afternoon, we tuned in to Governor Cuomo's press conference. My kids are EXTRA concerned about the virus. The sweet spot for them would be no school for the remainder of the year (already confirmed), but that sleep-away camp would still be a go. 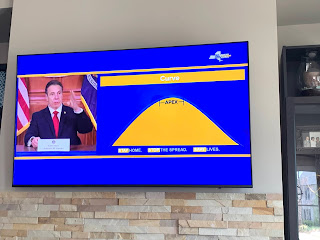 WE ARE HOLDING OUT HOPE...

We then moved outside for a game I made up, sprinkler frisbee. It seemed like a good idea, until I got blasted with a sprinkler and then the sun went behind the clouds. Then it was hypothermia frisbee. 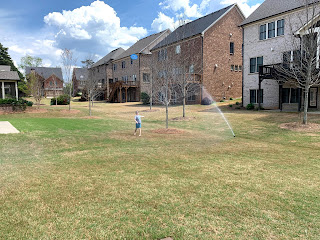 WE ARE BOTH TERRIBLE AT FRISBEE.

Little E went inside to dry off and Big E and I played a game of two-square that we made up during week one of the quarantine. This time we had an audience. They were taunting me, cheering on Big E, keeping score, and also giving the play-by-play. It was the three boys that live behind us. Shouting down from their deck to make sure I knew of all my shortcomings. It was hilarious and humbling. 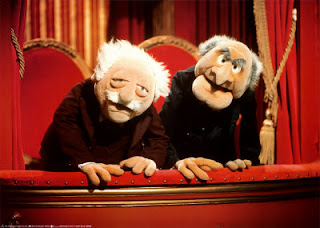 IT WAS BASICALLY THE LIVE ACTION VERSION OF THESE GUYS.

And then, by the grace of g-d, we had made it to dinner. Big E couldn't make up his mind, so I made him everything. Maybe, just maybe, all this sunshine and free time will help him grow. 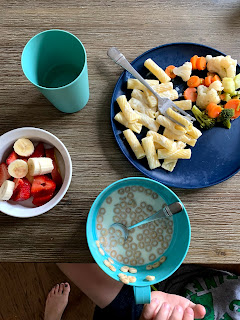 THE KITCHEN SINK, BY MRS. YOY

It's 8:15PM. The sun is setting. I'm sure they'll be asking to go out and ride their bikes soon. They only like to go when it is potentially dangerous.

Have a good night, y'all!