On Saturday, we participated in a fun social experiment for the Yoys. No electronics. No TVs. Nothing. Just their imaginations. Little E was agreeable, mostly because he understood how much Big E detested this idea. Big E acted like we sliced off his arms.

Usually they are glued to their computers when I make my way downstairs in the morning. But this morning was different. The boys went UPSTAIRS to their playroom and built janky paper airplanes and assembled legos. Mr. Yoy and I used this time to watch as many episodes of Ozark as they would allow, before hunger struck. Finally, I peeled myself away from Jason Bateman and his terrible life choices and took the boys downstairs to fix some food.

If Big E were sitting on death row and was asked what his last meal would be, it would be boxed Kraft Mac-n-Cheese. His hobbies of political and war strategy, coupled with his love of non-fiction are reminiscent of an old man. Unfortunately, his food choices are reminiscent of a kindergartener. I thought this would be the perfect time to teach him how to make it all by himself. He didn't love the clicking of the natural gas, but once he got past that step he was good to go. 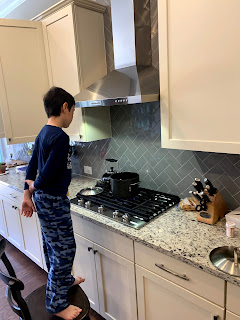 After lunch, they moved on to their main activity of the day. Wrestling. I captured this amazing, yet-to-be-named move. Big E leapt up with a pillow on his chest and landed directly on Little E. Flattening him like a pancake. 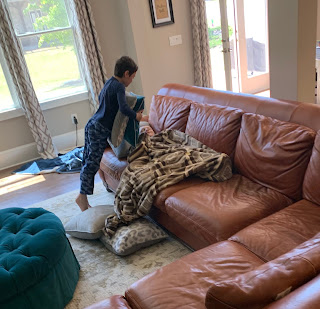 Mr. Yoy ran out to do our weekly grocery shopping and I headed to the pantry to organize, clean-up, and, my favorite all-time activity, throw out empty boxes of snacks. I found THREE empty fruit roll-up boxes neatly lined up on the shelf. There are many reasons this makes me insane. Mostly, in the real world, I would never buy this garbage. But Mr. Yoy is in charge of our food selection, so this is what happens. And I feel like they leave these empty boxes for me. Mocking me. 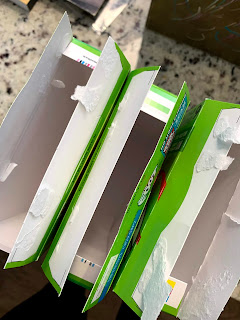 THERE GOES MY MIND. RUNNING OUT THE BACK DOOR.

While I waited for Mr. Yoy to come back, anxiously awaiting news of the outside world, I checked my calendar for the day. What would I be doing if I wasn't locked away with two WWE flunkies? Oh, nothing much. Just actually walking into the Fox right at that very moment and finding my seats for Hamilton. With the boys and my folks. Prying apart two sticky, fruit roll-up eating boys is basically on the same level of entertainment and satisfaction. 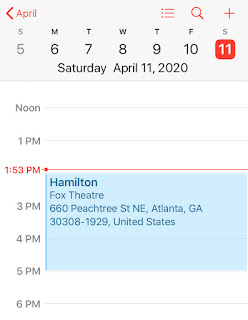 WE ARE RESCHEDULED FOR AUGUST!


Mr. Yoy arrived home with enough groceries to feed a family of twenty, but in reality, we'd blow through that food in 3-4 days because eating is one of our main pastimes, a close second to the constant declaration of boredom.  Each bag held more junk food than the last and it was then and there that the Yoys proclaimed, that even after the quarantine was over, Mr. Yoy would forever be our grocery shopper. 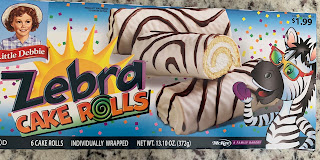 MR. YOY WAS SO HAPPY TO FIND SWISS CAKE ROLLS THAT WERE VANILLA, NOT CHOCOLATE. "MY FAVORITE FOODS HAD A BABY"

Mr. Yoy did find sidewalk chalk while he was out that didn't cost $35 (extortion price on Amazon) and supplies to wash cars, which we never do. The Yoys have helped my dad wash his cars, as he is meticulous about keeping his cars clean, so they knew the drill. Except really this just became a vehicle to wrestle and fight outside, while incorporating a new costly, weapon: city water. 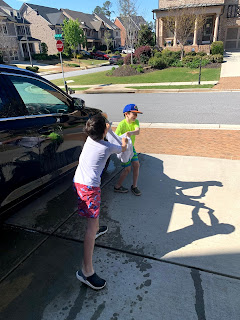 After they tired of "washing" the cars, they moved to the street gutter and drain and built a dam using their feet, crocs, and some rocks. (SCIENCE = CHECK!)

We had made it to dinner time and I had a date with my neighbors. I poured myself a tall glass of "Social Distancing," a VERY strong concoction from Local Three, and checked out of parenting for the evening.