At 8:45AM this morning, I had a very worried child wake me up. He was ultra concerned that we were not yet up.  How were we going to stick to the schedule I had printed out? The schedule I printed out in attempt to convince myself that this homeschooling/quarantine would not be the dumpster fire, that deep down, I knew it would be.

I don't normally sleep this late, I promise. But Mr. Yoy and I were up extra late last night, finishing off the Hunters. I fell asleep around 2AM.

I checked my phone and I had a very special message from a very special lady requesting I resuscitate the Mrs. Yoy blog, at least for the time that we are locked in, as she needed some laughs.

It's a little after 6:30PM. No one in my house has died and I feel like I need some praise and validation.

The morning wasn't so zen. 9AM was P.E. time per Little E and his militant schedule, so we went out for a walk/bike ride. We came back and he wanted to do yoga, like all the other times we've never done yoga. We headed up to the playroom to find a YouTube video of yoga for beginners. Big E also joined us. I broke away for a minute to use the restroom, and in those few minutes, my kids got into a full on fist fight. Just like yoga, fist fighting never happens between the boys. They are more mental warfare kind of kids.  I hid out in the bathroom while they fought to the death over whether we would do a 20 minute vs 15 minute yoga video. I laugh/cried at the irony of it all flew over their big-brained skulls.

Next up, music. My kids fake played their Casio keyboard and danced around. When did Big E get so proficient in Fur Elise?

We rolled on to lunch. Dang, I'm so good at this homeschooling thing. I began to prepare their organic lunches.

As they ate, they watched Dr. YouTube videos about U.S. states and territories that have attempted to secede over the past 300 years. I'm looking at you, Texas. 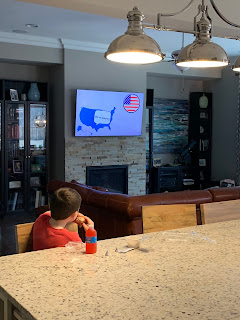 Next up. Writing prompts. For those of you not well versed in 4th and 5th grade writing, their teachers will prepare a writing prompt for them and then the boys take the prompt and begin writing. Today's prompt: 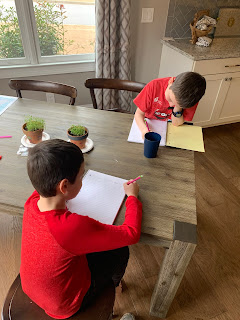 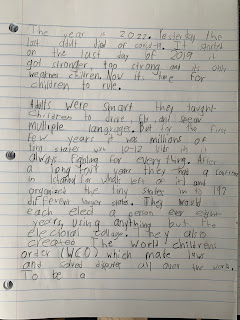 My kids were not excited about sitting down to write, but they were intrigued about writing about kids running the world. Big E had some very strong opinions regarding the governing of the new society. Desperate times call for desperate measures, folks.

Around 4PM I took Big E outside to play four square (with two of us) and run timed laps. My hands are sore from bouncing that damn ball. Clearly I need to toughen up my baby soft hands. We were out there for hours and hours. Except when I checked my watch, it had only been eight minutes. You are a lying fool, Apple Watch! 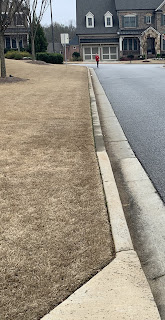 Which brings me to now. I should probably fix dinner, some sort of carbs and cheese combo, really hit home this feeling of lethargy and blah.