I guess it's now the weekend?

Does anyone have any big plans?

I think we are going to spend 13+ hours/day on our computers, in our daytime jammies, and possibly take a ride in our car to nowhere. It's going to be E-P-I-C.

Day 12 of the quarantine was brought to you by pollen, Zoom and the new Netflix series Unorthodox (great book, btw).

Maybe my kids did their homework...I just ran out of gas today to care. Right before the weekly finish line. I stumbled and fell.

I had a 1pm Zoom Challah baking call. Up until then, the boys had been pretty chill. No fighting. No talking. I'm not even sure they were breathing, with their faces glued to their screen and all. 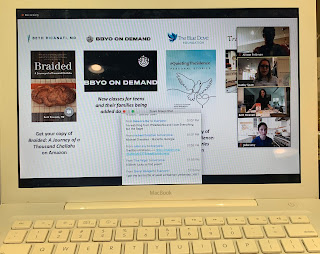 But as soon as I logged on, you can bet your sweet ass they started a live action version of the Hunger Games, Big E as Katniss and Little E as Foxface. Good thing I was muted.

As the dough proofed in the oven, I made it through two episodes of Unorthodox. I'll have lots of questions for our 10:30am ZOOM call tomorrow.  My kids SAID they were doing their schoolwork during this time. They switched things up today and did no work in the AM. They felt they would be more productive on a Friday afternoon, which is about the funniest thing I've heard in the two weeks I've been in school prison with them.

Little E FaceTimed his best friend. I listened as Little E tried to relay a political joke I had read to him (it was long) to his friend. It was painful and confusing and wrong all at the same time. But his sweet friend laughed, all the same. 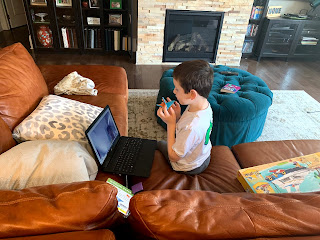 Little E also showed him the origami he was working on for his school assignment.

We attempted an online shabbat call with our family around 6pm. It was chaos, but it's always chaos. My challah was delicious. We ate it for dinner. 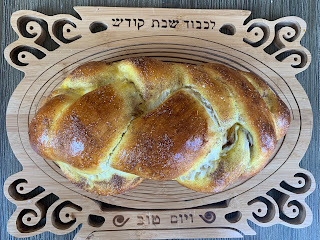 After dinner, Little E opened up all the seed packets we'd received in the mail. I'm about to dig deep into my Missouri roots and start farming.  I have been on a veggie strike since I've been quarantined and I'm going to pretend that growing my food is enough of an effort to make me want to eat it. 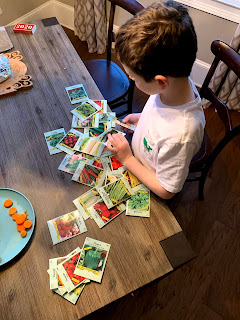 Look for the Yoyser family farmer's market coming to a driveway near you.

We had been doing so well growing our Passover parsley until Little E got mad at Big E for something super stupid and smashed his plant. We've got some next level revenge plots happening here at the Yoyser household. 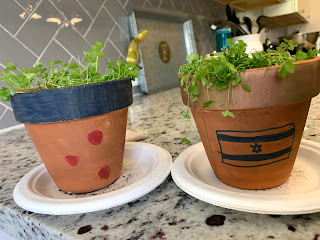 Anyway, I want everyone to raise a glass. Whether it's water, or wine. or Benadryl. A toast. To us. Two weeks down and and at least four to go...