October 30, 2012
The Halloween excitement has boiled over at the Yoys.

The kids are BEYOND excited about trick-or-treating tomorrow night.

I see this as a perfect opportunity to bribe the boys.

If you don't INSERT DESIRED ACTION HERE, you are not going trick-or-treating on Wednesday.

Another Halloween side effect, a steady supply of candy in the house, which is highly unusual.  This has also been helpful in the bribery department.

On Saturday evening, we used the lure of candy to get Big E to load up in the car.  While he normally passes out on the drive home from Aunt and Uncle Yoy's house, the idea of a giant bowl of candy corn awaiting him at home kept him very alert.

When we arrived home, I unloaded the Yoys while Mr. Yoy pulled the car in.

I then gave Big E his "candy" bribe.

Why is candy in quotes you ask?  Because I gave him two pieces of dried banana and passed it off as candy.

Mr. Yoy walked in and headed to the pantry to give Big E his "candy" bribe.  I told Mr. Yoy I had already given Big E his reward.

So this is when we decided to conduct an experiment on Big E.

Mr. Yoy asked Big E if I had given him his candy yet.

As he lied his face off, he nervously glanced over at me to see if I had heard him.

I stared at him in disbelief.  He lied to both of us.  And it had no effect on him at all.  I was too shocked to say anything.

Mr. Yoy eventually coaxed it out of Big E that he had already had his two pieces.  Big E relayed some half-a** apology to me, but I couldn't really digest it.

I know it is just candy, but he is already lying?  He isn't even four.  I can't begin to imagine how bad it could get come his teenage years.  Ugh.

I'm so sad and disappointed.

Any suggestions or comments from my experienced readers? 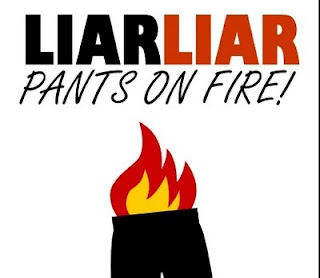