Stop Eating Sh*t. Both of You.

For those of you raising little boys, you won't bat an eyelash.

To the rest of you, you've been warned.

Little E had a very nice BM right before bath time.  I'm not sure what he ate for lunch today, but whatever it was, it did the trick.

I cleaned him up and tossed him in the tub with Big E.

The boys were playing nicely.  For once.  It was a pretty uneventful bath.

Little E rapidly drilled out about ten of the loudest, most powerful underwater farts I have ever seen/heard.  This is a very strong statement, as I've been giving these two guys baths for coming up on four years.

We all laughed, because they are two and three, and I'm just immature.

I noticed that the water had became a little hazy.

I can neither confirm nor deny that anything besides air was emitted during Little E's bombing of the tub.  The tub is full of toys and I wasn't about to go poking around.

Either way, Big E decided to take a big gulp of bathwater and swish it around in his mouth like it was the best tasting mouth wash of all time.

BIG E, IT IS ENTIRELY POSSIBLE THAT LITTLE E POOPED A LITTLE IN THE TUB. MAYBE YOU SHOULDN'T BE TASTE TESTING THE TUB WATER.

As usual, he ignored me.

Not to be outdone, Little E began to lick the water.

More gagging on my part.

Enjoy your bout of E-Coli, children. 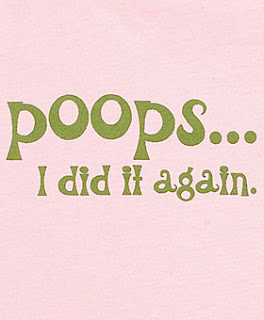