Take a little off the top

November 04, 2011
Today I took Little E for his first official haircut.  Sure, Mr. Yoy and I have done some trimming here and there, but his hair was getting out of control.  Mrs. Yoy knows when she is defeated.

We went to Pigtails and Crewcuts which caters to the younger crowd.  Little E sat in a firetruck chair for his haircut.

As soon as the lady spritzed his hair, Little E erupted.  He spun his head like the exorcist.  The lady was remarkably calm.  I tried to hold his head still so that she didn't pull a Van Gogh and take his ear off.

All of the other customers, moms and children alike, stared at my screaming baby.

I gave him animal crackers.  Maybe this would soothe him.  He jammed them all in his mouth simultaneously and then continued on his crying (and a little bit choking) rampage.

The lady kept asking me how much should she take off.

SHAVE HIS HEAD SO WE NEVER HAVE TO COME BACK HERE!

That is what I wanted to say.

Trim up his bangs, the hairs that are hanging over his ears, and the mullet in the back.

That is what I actually said.

What is the most startling to me is the striking personality difference in the Yoys.

As a baby/toddler, Big E rarely cried.  He did cry when he fell off the train, but that was a major fall.

Little E cries all the time.  He is so opinionated and has a bit of a temper, which I take no responsibility for.  I am the most even-keeled person I know.

Big E sat perfectly still for his first haircut.  He did not make a peep.  He did awesome.

How can they have the same genes and yet be so different? 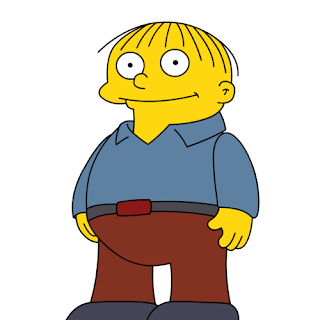