February 08, 2013
As of two weeks ago, Little E decided he was a man and no longer needed a lengthy, three hour afternoon nap.

After I sat three days worth of Shiva over the loss, I finally came to terms with my new reality.

And it wasn't THAT bad.  We could actually stay out and do stuff past 1pm. There was a freedom I hadn't felt since before I had kids.  I was no longer toting around a time bomb set to explode at precisely the same time each afternoon.

I know, I know, I'm supermom.  But please, give me a chance to explain.  In response to our new nap-free household, I've moved up bedtime.

It's 6:30, you say?  Well then bath time begins now and lights out is in precisely 30 minutes.  Don't like the new routine?  Write a letter to the management (she's the one with constant bags under her eyes and a caffeine IV).

But I have a dirty little secret.  Both boys are napping now.  We are going to a program this evening at our Synagogue and I find they are less likely to pull the satan card if they've had a nap.

I'm so giddy, I don't know what to do.  I mean, I know I need to take a shower, but I'm just relishing in the quiet.  I'm enjoying it now, because I know at 9PM tonight when Big E is giving his closing arguments as to why he needn't go to sleep, I will need to conjure up my current feeling of rapture and remember this is all my doing.


Some of my favorite nap pictures. 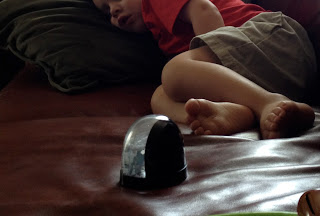 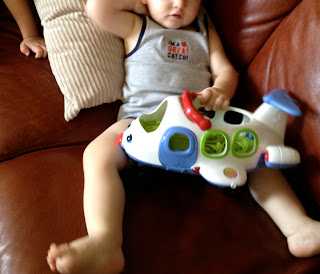