The Yoys: Recreating The Titanic

Thirty minutes in, I began planting the seed that bath time was soon to be over.

The Yoys had other ideas.

They were playing and laughing and having a great time.  I let them be.

I stuck my hand in the water around 3 to check the temperature.  It wasn't even lukewarm.  It was bordering on cold.

I'm pretty sure I saw an iceberg or two form between the floating boats and balls and cups.

I finally convinced them to evacuate the tub a little after 3.  This has to be some sort of tub time world record.  Maybe I should call the good folks at Guinness?

Who spends that long in the water, anyway?  Especially without reinforcing the water temperature with some hot, hot water and maybe a glass of wine and a good book?

I no longer had two sons.  I had two prunes. 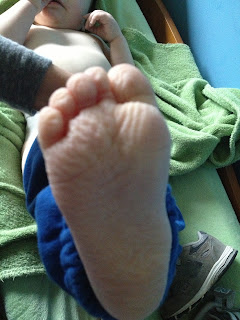 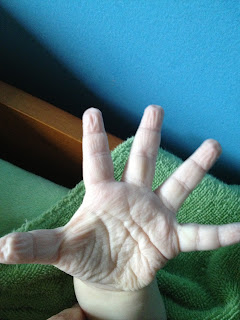