Today I was that mom. With those kids.

January 16, 2012
This morning was Little E's weekly music class.  Big E tagged along as he did not have school today.  I was praying that the Yoys would behave.  PRAYING.

We arrived at class and Big E seemed pleased to be there.  I had already threatened him during our drive over.

Things were going well.  Even Little E, who is sometimes cranky for class, was engaged.

Ok.  We are going to do this and I'm going to survive.

Obviously, this would not be an interesting blog if that is how the class continued going.

Fortunately for you, Big E was there, which means the class unraveled into the ultimate catastrophe.

As we sang and danced and hopped around, Big E started getting that crazy twinkle in his eyes.  He was wound up. Here we go...

First he took out a little boy around Little E's age.  I saw him running at him with his elbow out and knock him down.  Cheese and crackers!  Big E!

I apologized to his mom and made Big E apologize to the poor sweet boy who was probably mistaken for the intended target, Little E.  He wasn't crying, so that was a good sign.

Out came the balls.  Big E grabbed his and bit into it like a dog.  He shook his head back and forth while gripping the ball with his teeth.

Who is this animal?

Then came the scarves.  Big E used them to try and suffocate Little E.  Good thing they are made of breathable material.

I grab his arm and lead him to the bathroom.  Little E looks up at me with such panic.

ARE YOU LEAVING ME ALONE ON THE FLOOR?

Little E starts to cry.  I pick him up, too.  We are all going to the bathroom.

Usually, I don't allow Little E to crawl around on the floor of a bathroom, but I had no place for him.  I had that wild, desperate, insane look on my face.  The last thing I want is for Big E to have an accident.

Big E sat on the big toilet and refused to use it.  Ugh, really?

We got dressed and headed back out to the mayhem.

As we sat in a circle, Little E stood at the front door.  I guess he was done.

Big E came running at me from across the room.  As he attempted to tackle me, he whispered "kill!"

The mother sitting next to me asked me how far apart the Yoys were in age.

To me, this translated to:

YOU HAVE NO CONTROL OVER YOUR CHILDREN.

Again, we rush to the bathroom.  All of us.  Again, no action.

We head back out to the music.

For Big E's final demonstration of love for his brother, he steamrolled him in the middle of the group circle.  For everyone to see.  Little E started crying.  I crawled in and grabbed him.

Why is it that my kids are always the worst?

It's not that I don't discipline my kids.  I do.  Big E spends about half his day in time-out.

There is just something about Big E being around other kids and having an audience, it absolutely sets him off.  It is incredibly frustrating for me.

It's days like these that make me want to send Big E to school five days a week.  And aftercare.  And beforecare, if that existed. 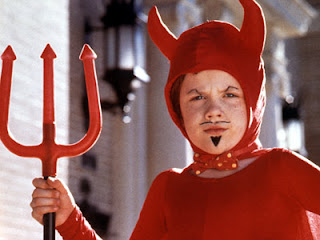